The Death Stranding reviews are in: you may have to wait 8 hours to shoot someone

How does this PS4 exclusive fare? 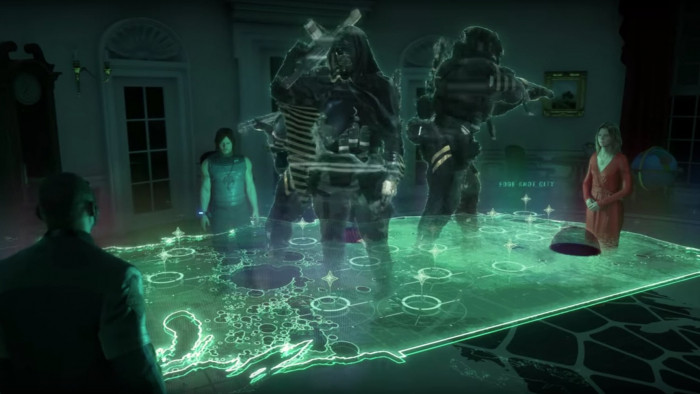 Death Stranding was always going to be surrounded by hype - but the big question is ‘Is it justified?’ - well, the first reviews are in and the answer is... ‘sort of'.

The game is the first from director Hideo Kojima (the man behind the Metal Gear series) since his departure from Konami in 2015, so he’s got free rein and he’s definitely taken it.

It’s fair to say the initial reviews are a little mixed - but what all have agreed on is that the cut-scenes are long - in fact the whole thing is lengthy (over 60 hours in total). But, you probably could have guessed that from the game’s trailer, which itself is almost 8 minutes long.

However, the visuals are pretty impressive - according to GameRadar’s Leon Hurley “one late scene contains some of the best in-game performances” he’s ever seen.

Motion capture, 3D scanning and voice acting is provided by the likes of Norman Reedus (The Walking Dead) and Mads Mikkelsen (Hannibal, Doctor Strange) and Hurley says the performances are “almost impossible to distinguish from someone just being filmed”, which is high praise indeed.

However, he does also warn that in this post-apocalyptic world where the outside is little more than “a rocky hellscape”, you spend most of your time playing carrying boxes to and from destinations - after all, it’s your job to deliver supplies to the fractured communities still alive.

The Guardian’s Dan Dawkins also admits it’s a slow-burn. “At times, the act of playing Death Stranding is a test of faith in itself, not only in Hideo Kojima’s ability to surprise, but that your efforts will ultimately be rewarded,” he admits.

He also warns that eight hours in, he “hadn’t shot a single person” - and there are limited opportunities to restart so instead the challenge comes from evading ghost-like beings called “Beached Things” and weighing up speed against stamina, and whether a risky shortcut is worth it.

Essentially, you’re going to need to wipe your calendar if you want to delve into this epic. And, be prepared to earn those combat scenes.

Though you don’t have long until you can play it yourself, as Death Stranding will be available exclusively on PS4 on 8 November.