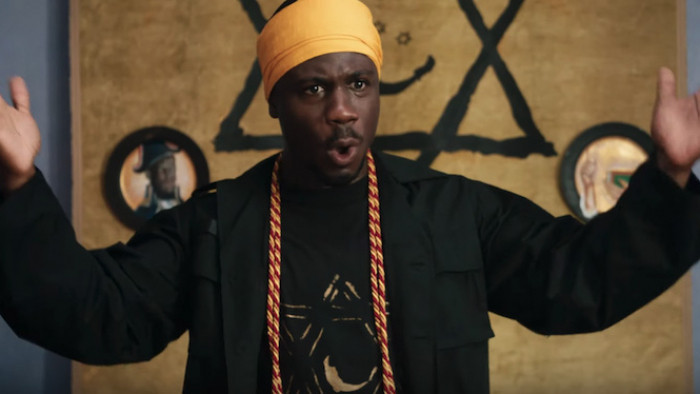 Chris Morris isn't the most prolific director around, so when a new film/anything of his arrives then there is certain to be a lot of excitement.

We've known for a while that he was making a new movie, called The Day Shall Come, and now we have the first trailer and it looks great - very Chris Morris, with a bit of a Hollywood makeover.

The plot is a little Four Lions, in that it centres around homegrown terrorism, but this time the focus is on Homeland Security trying to tempt an idealistic preacher into terrorism. If this sounds far fetched, Morris has based the movie on '100s of true stories' of similar incidents happening in the US since 9/11.

The trailer has some proper laugh out loud moments ("Don't worry, the horn is what they use to summon the dinosaurs") but we're certain there's also a big dollop of cutting satire and shock that the promo doesn't show, given the subject matter.

The movie has already been shown off at this year’s SXSW festival. The Guardian reviewed it at the time, noting it was: "a short, sharp film at just 87 minutes, smartly bowing out before risking overkill."

Given this is from the director that has given us The Day Today, BrassEye and Nathan Barley, we'll be first in line when it comes out in the UK 11 October.