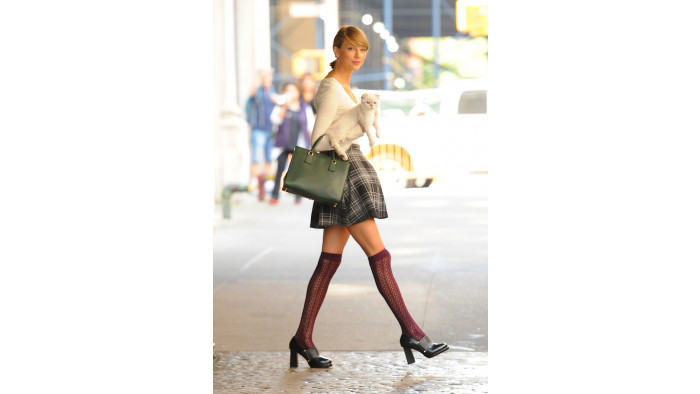 If any of you have seen the frankly slightly deranged musical Cats, you were probably wondering how the upcoming film adaptation was actually going to work.

After all, in the theatre show, actors are done up with garish make up and fur suits – which, let’s be honest, doesn’t really seem to befit someone of Dame Judi Dench’s stature, does it? Painting a child’s approximation of some cat’s whiskers on her face isn’t really going to cut it.

The cast was also pretty intriguing. James Corden, Taylor Swift, Idris Elba, Ian McKellen – how were these distinguished actors, and James Corden, going to be turned into believable cats?

Well, looks like we have our (frankly slightly confusing) answer.

So that’s a cat-sized Judi Dench running around next to a cat-sized Taylor Swift we have to look forward to.

Weirder still is that “virtual fur” is going to be added to the actors – The Guardian reports that actors wore “full-body motion-capture suits as well as VFX dots on their faces, which suggests their performances will be heavily modified by CGI”.

“The video revealed that virtual cat hair will then be stuck on, with the use of ‘digital fur technology to create the most perfect covering of fur’,” it continued – meaning a little furry Ian McKellen is likely to be on your cinema screens soon.

The film will be out in December, so we only have a few months to wait before the absolute chaos of Cats is finally unleashed. We have no idea what we’re going to be watching – and you know what? We’re into it.