Tamagotchis are back, again 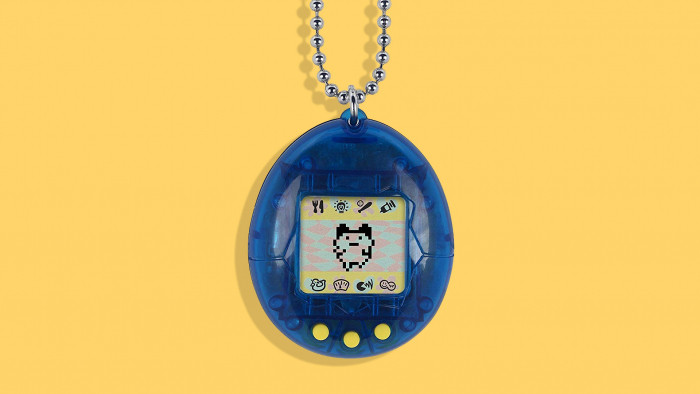 The 90s was full of ridiculous, brilliant gadgets, wasn’t it? Those little sticky alien babies that grew up in pods. Furbies, which we were half convinced were going to come alive in the night like Gremlins. And the one toy to rule them all: the Tamagotchi.

And now it’s back.

Everyone’s Favorite Virtual Pet is Back and Better Than Ever! Bandai America Launches Tamagotchi On at Clamour Summit 2019!

Click here to learn more: https://t.co/7kdHaKdMH4#TamagotchiOn#Tamagotchi#BandaiAmericapic.twitter.com/iY0ubyPzII
— Tamagotchi US (@Tamagotchi_US) May 13, 2019

After a new version was released back in 2017 to mark its 20th anniversary (yes, we really are that old), Japanese gaming company Bandai has now announced an even wider range.

If you’ve never played with one, they’re deceptively simple. Your goal? To keep your weird little creature alive by feeding it, entertaining it and picking up its poo. It would eventually grow, levelling up and becoming weirder, more idiosyncratic and often much more demanding.

The original version can be found on Amazon for a pretty reasonable price – you’re likely to pay about £20 for that precious hit of nostalgia. If you fancy one of the new versions, it is likely to cost a little bit more, costing $59.99 (the equivalent to £48 over here).

But you are getting more for your money, in Bandai’s defence. No more black and white pixelated screen for us, oh no – it’s in full technicolour. You can also connect with friends, going on ‘playdates’ or even getting married.

And if you’re too busy doing, y'know, your job or something, you can also check your little pal into a Tamagotchi hotel for ten hours, meaning you can get on with your actual adult responsibilities. If you must, anyway.

Related: Want more of a retro fix? Check out the best 90s movies