Designed with music fans in mind. 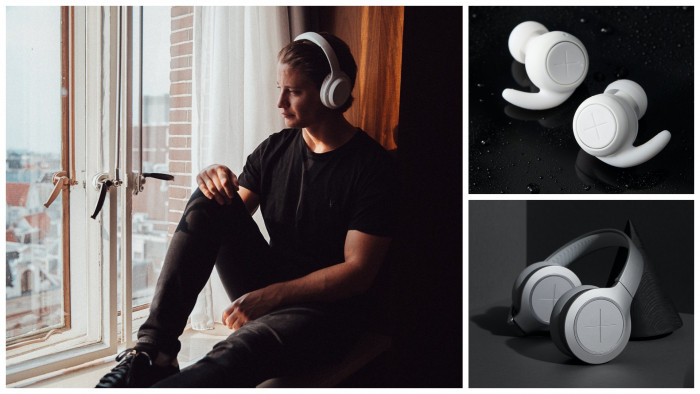 With three top 10 singles, over 100 weeks in the charts and music videos that have been watched over 3 billion times, Kygo certainly knows something about making good music.

With all that time in the studio, we also imagine he churns through headphones pretty quick, too. So, it's no surprise the DJ decided to create his own way back in 2016.

After all, if you’re looking for someone who knows a good pair of headphones, you can’t go far wrong with a world-famous producer who wears them day-in, day-out.

Four years on, the latest offering from X by Kygo are everything you’d expect from Scandinavian design - they’re minimalist, simple and sleek.

There’s something for everyone, too, with five new models available - three pairs of headphones and two pairs of earphones (one of which are true wireless).

Prices start at just under £80 for the A3/600 and Xelerate models. As you can probably tell by the latter’s name, they’re designed with workouts in mind.

Xelerate the only model in the range to come with wires but they do have a water-resistant design and a quick charge mode (which gives you an hour of playtime from 10 minutes charge).

At the higher price of £229, the A11/800 headphones are the most expensive, though they do offer the most advanced active noise-cancelling technology in the range.

They also offer a decent battery life of 19 hours in ANC, which jumps to a huge 40 hours when listening via Bluetooth. They also have voice command via Google or Siri and memory foam pads for extra comfort.

And in the middle of the road, you’ll find the Xenon and E7/1000 headphones. The E7 are true wireless, while the former are a wireless on-ear offering which offer much the same as the A11/800 just at a lower price (and shorter battery life).

All the headphones are available now from Amazon, Argos and online at X by Kygo.