The spoiler-free reviews of the final Skywalker saga movie are in! 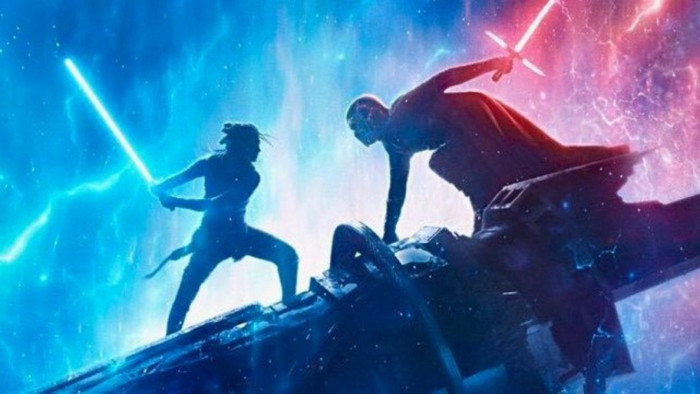 It's finally here. After 42 years, the Star Wars saga has come to an end. Nine films later and we finally know the truth about the Force and how the Skywalker clan are threaded into this.

George Lucas always said he had a plan for nine films (well, after he retconned the first movie to be the fourth movie in a saga and not the first), but it wasn't him that actually had the final say as to how it ended. It was, instead, JJ Abrams.

After his decent attempt at melding the old and the new in Star Wars: The Force Awakens he was brought in to get the saga back on course. Not that it needed it, but fanboys being fanboys were a little upset at Rian Johnson's bold, idiosyncratic vision The Last Jedi.

So, has he managed the impossible - to keep die-hard Star Wars fans happy, non-plussed fans happy and Kathleen Kennedy happy? The answer is a resounding YES, ish, if these critic reviews are anything to go by.

Variety says: No "Star Wars" film can fully recapture the thrill of 40 years ago, but as directed by J.J. Abrams, the ninth and final chapter in the saga that George Lucas created may come closer than any "Star Wars" movie since.

Total Film said: "Bumpy as the ride sometimes is, though, no one can accuse The Rise Of Skywalker of stinting on action, emotion, planet-hopping, callbacks, fan-servicing, or, well, anything Star Wars, as Abrams goes for maximalism laced with classicism."

Film Stories noted: "Abrams remains content to reconfigure familiar conflicts and situations into new shapes, but beneath it all, he’s managed to capture the spirit of Star Wars."

However, some reviews were mixed:

IGN explained: "This finale to the Skywalker Saga is, if nothing else, a tribute to that legacy... [but] for as much love, passion, and nostalgia is evident in this movie, it’s also a film very palpably made from a place driven by fear of disappointing the audience, and that anxiety fuels a lot of the story’s curious creative choices and unwieldy execution.

The Guardian said: "Given that there is no possible way of pleasing all the people even half the time when it comes to Star Wars, the good news is, The Rise of Skywalker is the send-off the saga deserves. The bad news is, it is largely the send-off we expected."

Time Out wrote: "Even amid this disastrous script pile-up (co-written by Justice League’s Chris Terrio), the old charm can’t help but manifest on occasion."

And some weren't happy at all.

SlashFilm moaned: "There’s so much wasted potential here. As the story draws to its big, loud climax, and one fan-service moment after another arises, you begin to get the sense that Abrams is just checking off boxes and fulfilling a quota. There’s no spark; no joy; no life."

Empire (hedging bets, given it gave Attack of the Clones 5 stars) with its three-star review says: "For all the visual panache, pleasing cameos and interesting newcomers here, for all that Ridley and Driver pour into their stand-offs, the Emperor's presence shows a disturbing lack of faith at the heart of Rise Of Skywalker. The fan backlash last time has been taken on-board too well; the storytelling here sputters whenever it approaches any similar chance to turn away from narrative convention and do something truly unexpected."

There you have it: Star Wars: The Rise of Skywalker is out Thursday 19 December. But you already know that.