Has your favourite made the cut? 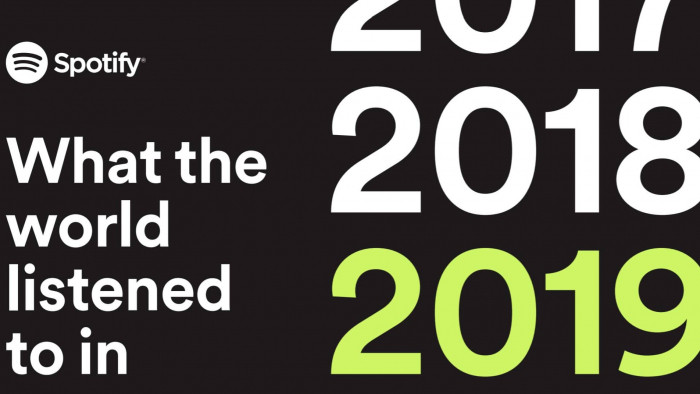 Spotify Wrapped is back. Yes, it really has been 365 days since we last saw our (occasionally) cringeworthy streaming habits deconstructed and laid out in front of us as cold, hard facts.

UPDATED: Spotify has finally released Wrapped for everyone, so check your Spotify now to see what you have been listening to most over the course of the year.

But fret not, for combined with the superior listening tastes of an entire nation, the constant streams of our 35-strong Cheeky Girls playlist will be watered down by some of the biggest names in pop.

It also means that every listener’s individual year in music wrapped stats are about to drop - and not even the private session button can’t save you from that infographic.

According to stats provided by the streaming giant, Post Malone tops the list as the most streamed artist globally, followed closely behind by Billie Eilish, Ariana Grande, Ed Sheeran and Bad Bunny.

Given the decade is about to come to a close, Spotify has also announced the ‘most streamed artists of the decade’ list - and it makes for some pretty interesting reading. Three guesses which singer has topped the list (armed with a cell phone).

What’s also intriguing is that Eminem makes a sneaky appearance at number five. No biggie you’re probably thinking. But given Eminem’s most recent album, Kamikaze, dropped all the way back in 2018, it’s a bit of a curveball.

We’re also convinced clueless swathes of the globe Googling the word Stan might well have a part to play in those figures.

It’s also pretty interesting to see how the UK’s streaming habits differ from the rest of the world. According to the stats, it’s a pretty similar affair but in a rejigged order, with Bad Bunny being swapped out for Drake.

In an unsurprising turn, Scottish supremo Lewis Capaldi has topped the order with the ultimate earworm - ‘Someone You Loved’. Stormzy’s ‘Vossi Pop’ also makes an appearance at number four, slightly ahead of Arianna Grande’s ‘7 rings’.

Spotify's recent escapade into the world of podcasting also sees a podcast category added to the round-up.

The list is intriguingly topped by The Joe Budden Podcast with Rory & Mal - followed by a host of podcasts that wouldn't normally stand out as chart-topping offerings. One reason might well be the slow take-up by listeners already streaming via independent podcasting apps.

Over the years, Spotify has come out with some pretty entertaining ways of throwing streaming facts at us.

You might remember those 2018 Goals billboards - “Exercise more conventionally than 46 people who put 'Slow Hands' on their running playlists - Niall Horan" - we may or may not have been one of those people.

Spotify has also revealed the personal “Wrapped” stats so head to the app and find out if you really are that addicted to Taylor Swift.