The most emotional Spider-Man yet? 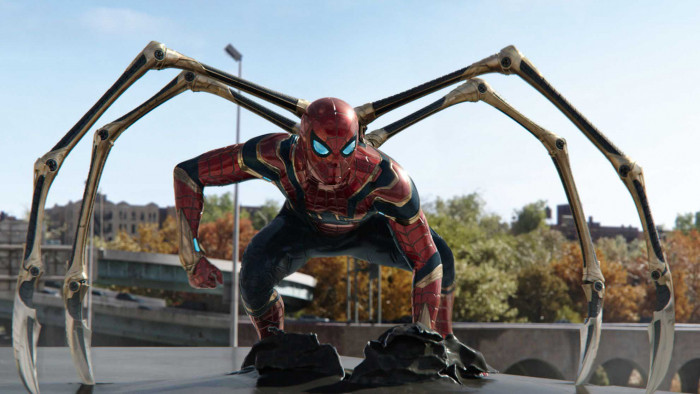 Spider-Man: No Way Home hits the big screen this week, marking the debut of one of the most talked about Marvel movies of all time. Given its hype, then, does it live up to expectations? If these early reviews and reactions are anything to go by, then it's a resounding 'yes'.

Thankfully, the Spider-Man: No Way Home reviews and reactions so far have been spoiler free, so you will have to head to see the movie for yourself to see just how much it mines the Spider-Man movies of the past to shape the future of the MCU. But the reactions have been nearly all positive - here are some of the quotes we have seen so far:

Variety says that the movie "keeps the surprises coming all the way through to the end credits" and that "superhero movies are only as good as their villains, and it’s a thrill to be reunited with Doc Ock and Green Goblin again."

IGN calls the movie "Saturday morning cartoon meets deep MCU drama", noting: "there’s truly never a dull moment in Spider-Man: No Way Home. That’s due in no small part to stellar performances across the board."

The Playlist isn't as enthusiastic but does say: "While generally light in tone, ‘No Way Home,’ gets emotionally gutting at the midway point of the film, a turning point so devastating (no spoilers), it almost feels like an entirely different movie."

Deadline loves it, though, explaining: "Jon Watts, the wunderkind director discovered via the superb indie Cop Car, once again weaves his own magic on the series and creates not just the best pic yet in the Spider-Man series, but truly one of the year’s best movies."

And then there are the Twitter reactions. Turns out, people love this film:

I can confidently say #SpiderManNoWayHome is THE BEST live-action Spider-Man movie. A thrilling & emotional end to the “Homecoming” trilogy, but also a smart, fun & exciting tribute to 20 years of Spider-Man movies. Both hilarious & heartbreaking, I honestly loved every second. pic.twitter.com/8xpqbTNgfz
— Erik Davis (@ErikDavis) December 14, 2021

Spider-Man: No Way Home is immensely satisfying. You'll cry happy tears, sad tears, and cheer in the theater. The middle gets a little clunky cause there are so many characters but the third act is so dynamic, fun and powerful, it more than makes up for it. #SpiderManNoWayHomepic.twitter.com/klthYwtmCg
— Germain Lussier (@GermainLussier) December 14, 2021

If any movie this year was engineered from top to bottom to be seen in a theater with an audience, it is #SpiderManNoWayHome. It’s many pleasures are magnified exponentially by how much joy it brings strangers sitting nearby.
— Adam B. Vary (@adambvary) December 14, 2021

Spider-Man: No Way Home is the best Marvel movie of all time. #SpiderManNoWayHome perfectly pays tribute to the legacy of Spider-Man and finds that perfect balance of humor, action, heart, and nostalgia. Fans of the web-slinger will absolutely lose their minds when they see this. pic.twitter.com/mYZ7emhkY1
— Scott Menzel (@ScottDMenzel) December 14, 2021