A speaker designed to leave your house 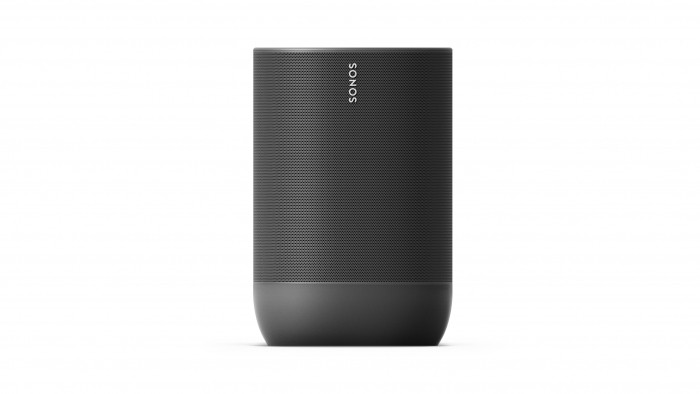 Sonos is finally coming outside the house with their first ever portable speaker. The new Sonos Move is designed for the outdoors as it comes with an internal battery that lasts up to 10 hours of playback.

When you’re inside the house, it has a charging base to keep it topped up. Like other Sonos speakers it also works with Wi-Fi but it also can connect to devices over Bluetooth. The £399 speaker has an IP56 rating, which means its resistant to water, dust or sand, so it’s ready for whatever you want to throw at it (within reason). Though, it is a little bulkier than the usual Bluetooth speaker, at 10 inches tall and weighing 6 and a half pounds, so it may be more for the garden rather than wild adventures.

That being said, it does have a handle designed into the Move’s moulded plastic shell so that it is a little easier to move it around. Also, if you’re not at home and need to charge the battery, there is a USB-C port on the back.

Its size also comes with some extra added bonuses. The bigger size also provides more volume and power than its smaller brother the Sonos One. It features two Class-D amplifiers, with a single tweeter and a mid-woofer driver. The power means the audio should not rapidly fall away as often happens when speakers are outside.
If that wasn’t enough, it is also the first Sonos speaker to have automatic TruePlay tuning. What that means is the speaker adapts its sound depending on the environment within 30 seconds of playback. You can also command Amazon’s Alexa or Google Assistant through the Move. The Move is available for pre-order now, and available to buy from September 24.