​Someone has paid $10,000 for a rare pair of worn Apple trainers

The limited edition kicks are worth a small fortune 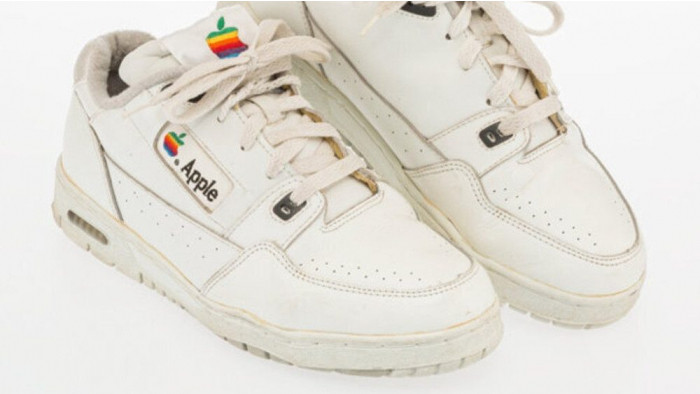 Found yourself in the midst of self-isolation wondering what to do with that rogue $10,000 sitting in your account? Well, it might be worth following in the footsteps of one sneaker enthusiast and investing in a used pair of Apple trainers.

Yes, either isolation is really getting to the anonymous buyer or they really are a sneakerhead who can’t get enough of limited edition offerings.

Purchased for $9,687 by one US bidder, the chunky white trainers feature the multi-coloured Apple logo on the tongue, alongside another logo and the word ‘Apple’ to the upper.

Forming part of Apple’s 1986 fashion line, the items were worn by company employees throughout the 1990s.

With the hammer coming down after 20 bids, the kicks were put up for sale by Heritage Auctions - the auction house that recently sold the Nintendo Play Station prototype that sold for $360,000.

However, the clothing and accessories making up the line were never made available to the public as they were simply a prototype concept - which is what makes these tennis kicks even more valuable.

I can think of a few other things I’ll be spending my non-existent $10k on...

The PlayStation was a masterful gaming console, here are the best PS1 games.
Travel