Pounding bass and impressive technology - at a price 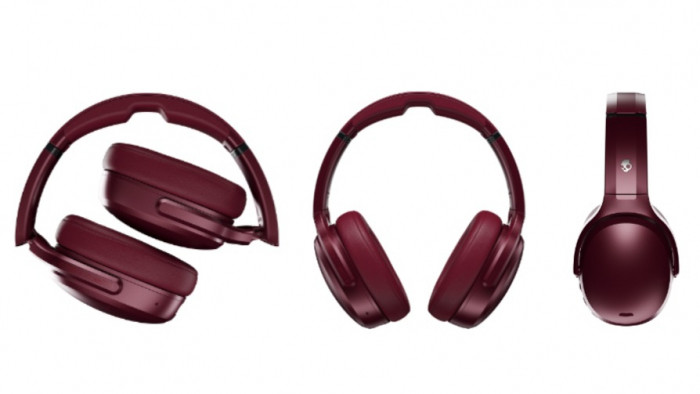 Skullcandy has long been a brand associated with good looking, bass-heavy headphones. With their chunky appearance and distinctive skull logo, the designs have conventionally been a bit of a no-frills offering. Now though, the brand has attempted to take things up a notch with the launch of the flagship Skullcandy Crusher ANCs.

Boasting active noise cancellation and patented Sensory Bass technology, the range steps up to replace last year’s Crusher 360 model. It’s clear the brand has been hard at work creating a headphone that will edge them towards the premium end of the market - and they’ve got a new tool in their arsenal.

It’s a similar feat to what Nura tried to achieve with their Nuraphone design - but with a noticeably different approach. Based on the concept that no headphone is truly tuned-in to each individual’s perception of sound, Scandi brand Audiodo has created technology that analyses your hearing, adding depth, extra highs and booming lows to your listening experience.

But with a price point of £250, this pair are competing with the likes of the Bose QuietComfort range and Sennheiser Momentum models - a notable step up in terms of quality from Skullcandy’s previous offerings.

One thing’s for certain, Skullcandy have upped the stakes with the Crusher ANCs.

Design prowess was an area previous Skullcandy models - like the Skullcandy Venue - fell short on, with squeaky plastic elements that groaned under regular use. Ultimately, they felt a little on the cheap side. The Crushed ANCs, however, have taken a large step towards design redemption.

There’s no creaking, no sounds of stress and, more importantly, they’ve retained the sleek minimalist appearance Skullcandy has become known for of late. Logos are kept to a minimum, which adds to their sleek, minimalist appearance, while the faux leather doesn’t detract from their appearance - despite your ears feeling a little toasty by the end.

That being said, the plastic finish does leave them feeling a little less-than-premium. Available in two colourways - red and black - there’s been a definite improvement on the looks front and they do feel hardier than previous models.

The chunky buttons located on the reverse make for easy use - despite not being the most attractive looking things. It’s also worth noting that the four light indicator for battery and wireless connectivity is a handy little addition, alongside the easy-to-use bass slider, allowing an increased level of audio-personalisation.

Audiodo is the key here. After two decades of research and development, the Swedish brand’s technology has been picked up by the headphone giant and used as a vital selling point where the Crusher ANCs are concerned.

This is then used as a basis with which to compensate your music, adjusting the sound using a series of finely-tuned algorithms to give users a truly personalised experience and a new way of listening to music.

It’s safe to say the software behind the headphones is pretty damn impressive. Switching between different user profiles was a real eye-opener on the audio front - something that makes you realise just how differently we all hear and experience sound.

The audio adjustment and re-jigging that takes place before a track is delivered to your ears is a pretty remarkable thing and without a doubt one of the key selling points for these headphones.

All about that bass

Past models, like the Crusher 360 and Crusher Wireless offerings, ensured that bass was a major feature. The Crusher ANCs have taken that one step further.

Ensuring there’s enough bass to rattle your brain to within an inch of its life, there’s a good reason for that easily-accessible bass slider. On full, the bass is almost unbearable, but slide that dial down to the 30% mark and you’re on the money.

It’s a feature that comes into its own where films are concerned, with the added bass creating a truly immersive, multi-sensory experience.

As for the ANC? It’s a decent offering triggered by cupping the outside of the headphones, however, it by no means cancels out all sound. Most ambient noise is muted to a decent level, however, if you’re after complete noise cancellation, this pair would be pipped to the post by higher-end competitors.

Needless to say, all that bass-power comes at a price. Skullcandy claim the headphones have a battery life of 24-hours, however, we found that this dipped noticeably when the bass slider was shifted towards the higher end of its range.

On the battery front, another point worth noting is that these headphones don’t feature automatic switch-off when audio isn't playing. It’s a handy feature seen on some models, however, the lack of it means that battery takes a nose dive quicker than you’d hope.

With build-in rapid charge, you can have your headphones at full charge in close to an hour. It’s a decent time frame. And the built-in Tile Tracker is another nifty addition, ensuring there’s no way these things can grow legs and wander - without your knowledge, anyway.

Overall? It’s a definite step up for the brand in terms of finish and technology. The levels of audio personalisation are by far the biggest novelty, with the bass coming in a close second. Where the brand go next in terms of overall audio experience will be an interesting one.

Skullcandy Crusher ANCs are available for £249.99 from Argos