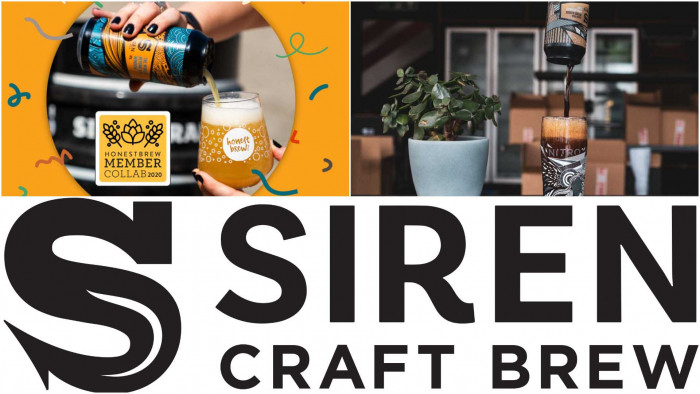 Siren Craft Brew has been on a roll of late. After announcing its latest session IPA, Lumina, to much fan fare it's revealed two new, very different beers.

The first is a nitro beer. Called Hard Pour Broken Dream (6.5%), the beer utilises advanced Nitro technology - this is where the brewery adds science, inserting liquid nitrogen into the beer before the packaging process. This nitrogen boost gives the drink and nice smooth and creamy texture.

The nitro beer is an enhanced version of Siren Brew's OG breakfast stout, so there's lots of coffee and chocolate notes to it. In fact, there's LOTS of coffee - Siren Craft Brew has put in an additional 50% of espresso to accentuate the flavours of the original brew.

The second beer is a collaboration between Siren Craft Brew and Honest Brew. This one is to celebrate Honest Brew's 7th birthday and is exclusive to the beer-selling site.

It's been designed by Honest Brew members and is called The World Beyond My Window (6.5%). This beer has been made using Mosaic, Citra & Motueka hops, as well as three additional dry-hopping sessions, including Simcoe and Azacca Cryo.

Taste wise, Honest Brew reckons it's got "an initial tropical wave of juicy fruits that gives way to a refreshing blast of bitterness before a zesty sparkle of lime dances across the palate".

If you already subscribe to Honest Brew, then you will get a complimentary can in your box. Any additional ones will cost £3.97. Non members can buy the beer for £5.09. A case is said to be available later in the year. Head to the site for more details.