Perfect retorts for Marty and his fellow phone haters. 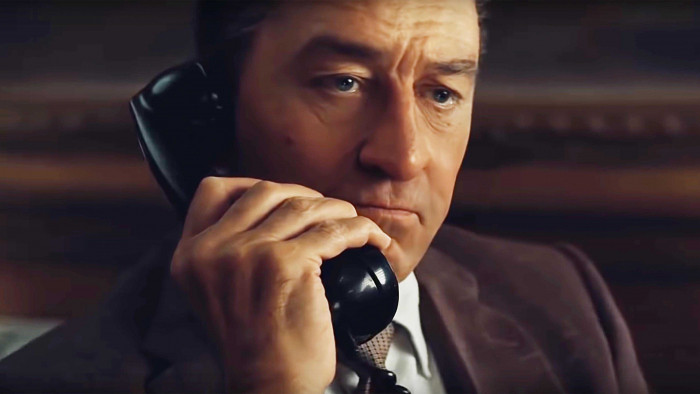 The Irishman has landed on Netflix, which means we can all watch Martin Scorsese's latest epic as it was intended... while on the toilet, on a phone.

You see, that's the beauty of Netflix - it's a service that's everywhere, on every device and - because of this - it means that we all have the flexibility of watching what's on Netflix wherever we want.

While it's obvious that not all movies and TV shows benefit from the small screen, it's our choice whether or not we watch something on the big screen or on a handset when commuting.

Someone isn't happy about this, however, and that someone is Scorsese himself. In a recent interview - no, not the one where he placed a hex on everyone who watched and enjoyed Marvel movies - he noted that maybe it wasn't the best idea to watch The Irishman on a phone.

“I would suggest,” explained Scorsese to Rolling Stone, “if you ever want to see one of my pictures, or most films – please, please don’t look at it on a phone, please. An iPad, a big iPad, maybe.”

Scorsese, we love you. And, for the record, we watched The Irishman on the biggest screen possible in our house, but Netflix is Netflix and if we want to watch De Niro's dead de-aged eyes while on the Northern Line we damn well will.

With this in mind, here are 10 Scorsese movie quotes to use when Scorsese - or anyone else - shouts at you for watching The Irishman on a phone.

These are the best Netflix movies out right now (yes, The Irishman is on there)

These are the best Netflix Originals. Yes. the Irishman is on there.

1. Max Cady (Cape Fear)
"Every man... every man has to go through hell to reach paradise."

3. Max Cady (Cape Fear, again)
"It's not necessary to lay a foul tongue on me my friend. I could get upset. Things could get out of hand. Then in self defense, I could do something to you that you would not like, right here."
4. Rupert Pupkin (The King of Comedy)
"Better to be king for a night than a schmuck for a lifetime."
5. Teddy Daniels (Shutter Island)
“Which would be worse - to live as a monster or die as a good man?”
6. Travis Bickle (Taxi Driver)

"Now I see it clearly, my whole life is pointed in one direction, I see that now, there never has been any choice for me."

8. Henry Hill (Goodfellas)
"As far back as I can remember, I always wanted to be a gangster."
9. Joey LaMotta (Raging Bull)

"What are you tryin' to prove?! What does it prove?