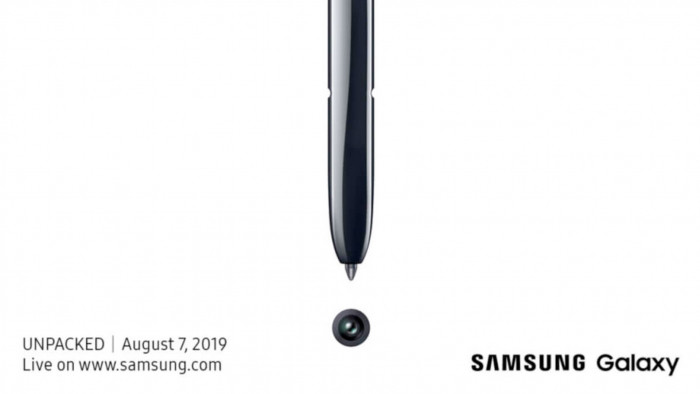 Samsung has announced it will hold one of its Unpacked launch events on 7th August, for a big product reveal.

Tech reporters were sent an image of a stylus pen and a camera lens, designed to look like an exclamation mark – but other than that, the company has left us in the dark about what might be in store. But we more-or-less know it will be the next Galaxy Note.

As CNET notes, the Galaxy Note was “one of the first smartphones to feature a stylus”.

The camera lens might also be a clue – some rumours suggest the stylus could have its own camera, others say the new Note could have four rear cameras.

The Note line has always been a testing ground for more premium technologies, arguably introducing the trend for big screen phones, now an industry standard.

And TechRadar suggests that there’ll be increased smart home and smart assistant functionality. “There’s been a lot of chatter around Bixby being given ever-greater powers, as well as Samsung SmartThings smart home play getting a big upgrade - so it might not be just the new Note that lands at the event in August,” they write.

The product reveal is set for next month – we’re looking forward to seeing what’s in store.

Samsung fan? Here’s our selection of the best Samsung phones