The Galaxy Fold is back and you can get it soon. 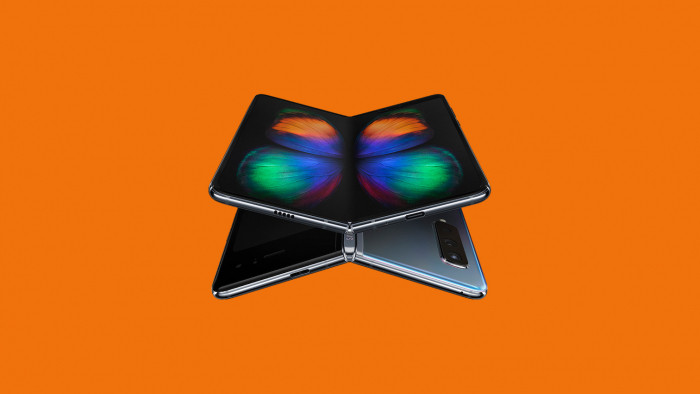 Sometimes company's innovate a little too fast. Take Samsung, who announced the Galaxy Fold in January, in glitzy Las Vegas. People's jaws dropped when Samsung showed off a handset that could fold up, had an extra screen on the folded side. It was the future of phones, then something went wrong - when samples were given out to journalists they started breaking.

Samsung folded in on itself, retracting the phone and pushing its release date... until now. The Samsung Galaxy Fold is now ready for (some of) the world and EE is bringing it to the UK.

The Samsung Galaxy Fold is already out in Korea and it will be coming to the UK 18 September, a week before the iPhone 11 is set to land.

We don't yet know the price plans for the phone but we do know how much you can buy it outright. According to EE, the Samsung Galaxy Fold 5G will be available from Samsung at an RRP of £1,900 and all devices will come with wireless Galaxy Buds and a Galaxy Fold 5G Aramid case.

And what do you get for this money? Well, the world’s first foldable 7.3-inch Dynamic AMOLED Infinity Flex Display, device with SIX cameras (count 'em), that's what, as well as a mighty 12GB RAM with 512GB internal storage.

This is one of the most unique phones out there, so we can see it landing in our best Samsung phones and best 5G phones list soon. If you fancy the phone, then you can register your interest with EE now.