5G is here. In the UK you can sign up for next-gen mobile internet with Vodafone, EE, Three and now Sky Mobile - with others on the way.

The bad news? You’ll need one of a mobile from our list of the best 5G phones below. Your old one won’t do the trick.

UPDATED: In 5G news this week, Sky has now rolled out its 5G service to 21 locations across the UK, including Leeds, Edinburgh, Norwich and London. Like the other service providers, you'll need a few things to get started, including one of the 5G-compatible phones below, as well as a Sky VIP membership. Without that, you'll need to pay for a 5G add-on.

We've test driven 5G in London over the last few weeks, and you can find some serious speed in the right spots. Downloads of 330Mbps and above are 10x faster than the 4G average. And 5G will only get better over the next 12 months.

Upvote the 5G phone you'd buy. And give it an upgrade with a pair of the best wireless headphones. 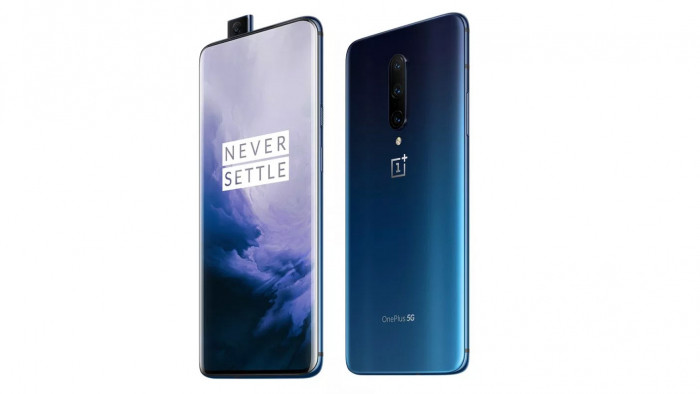 You may know OnePlus for its bargain top-spec phones. But add 5G to the OnePlus 7 Pro and you’re looking at a high-end phone with a high-end price.

There’s justification for it. The OnePlus 7 Pro 5G has a motorised pop-up front camera so quick you can still use face unlock. And its glass and metal design is as swish as anything out there. We’re big fans of OnePlus’s matt glass finishes.

You also get three rear cameras: a normal one, a powerful 3x zooms and an ultra-wide for those panorama-style pics. 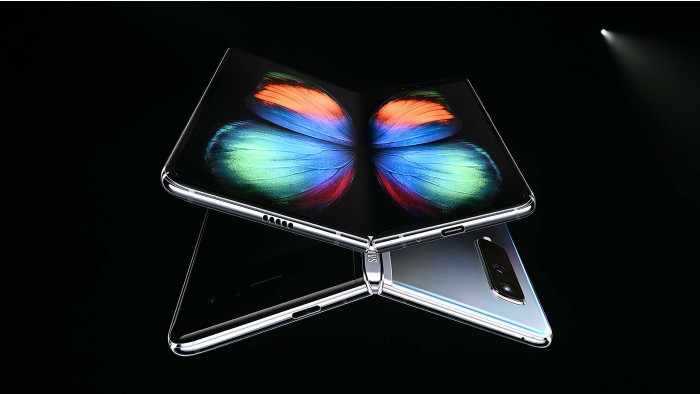 We have been playing with the Samsung Galaxy Fold for quite a while now and we have to admit that we are smitten with the phone. Yes, it's pricey but if you want a phone that truly stretches the boundaries when it comes to what a mobile phone can do, then this is it. The folding works really well. Samsung went back to the drawing board when there were a few issues found with the folding mechanism and it really shows. Trust us: you won't find a better phone to view Instagram on and you will never get tired of folding the thing. 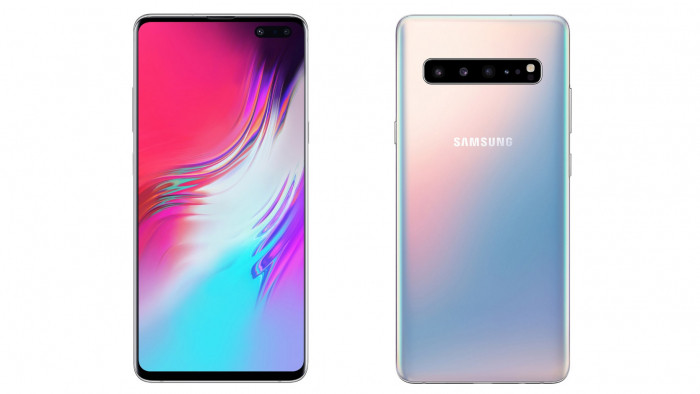 This is the daddy of 5G phones right now, if only because it is part of the most famous Android series in the world. The Galaxy S10 5G is not just a S10 or S10+ with 5G packed-in. It has a larger screen than its siblings, offering a huge diagonal measurement of 6.7 inches. There’s more too.

You get the same superb triple rear camera array as the Galaxy S10+, and an extra “ToF” camera. This sees the world in 3D, which may one day make augmented reality apps and games feel amazing. That camera may not much use right now, but the Samsung Galaxy S10 5G is a real phone of the future. 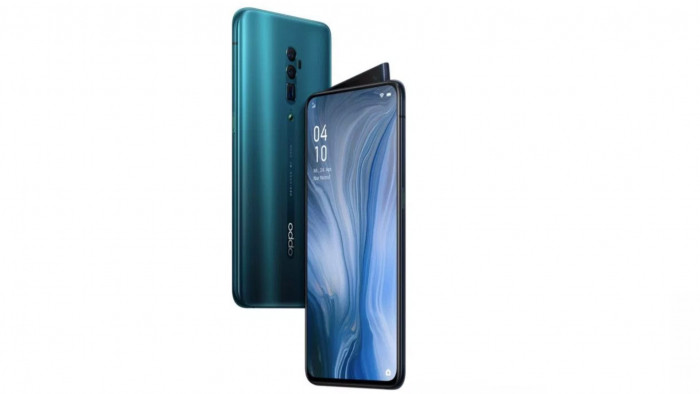 This is one of the more affordable 5G phones. And you miss out on, well, virtually nothing. The Oppo Reno 5G has a neat motorised selfie camera, leaving the entire front for screen.

You get the same Snapdragon 855 CPU as most of the others, and a triple camera array. You may hear the zoom called “10x”, but it’s not really. Oppo has fudged the numbers. It’s really more like a 5x zoom. But that still beats just about everyone else, so who cares?

Buy a Reno 5G and you benefit from Oppo’s new-to-the UK status, which comes with a slightly lower price. 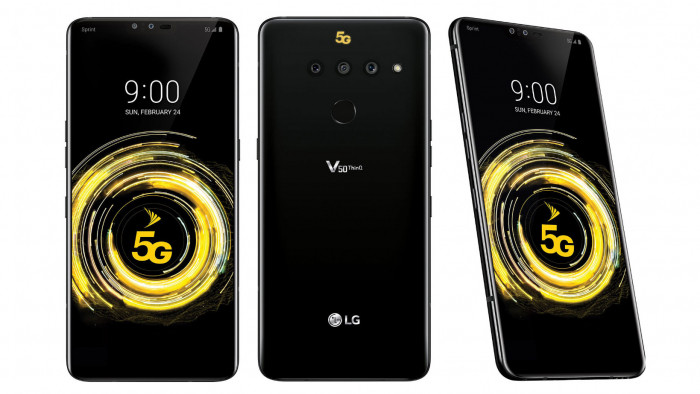 Ok, so LG isn’t quite the phone giant it once was. But there are some solid reasons to choose its 5G phone.

The LG V50 ThinQ has a 3.5mm headphone jack, a real rarity in high-end phones. It also has an advanced DAC. This is what turns streamed audio and your digital music files into the signal you hear through your headphones. It’s the obvious choice for audio nuts. Do you need 5G to stream music? Of course not, but it might just be enough to nudge you towards an LG. 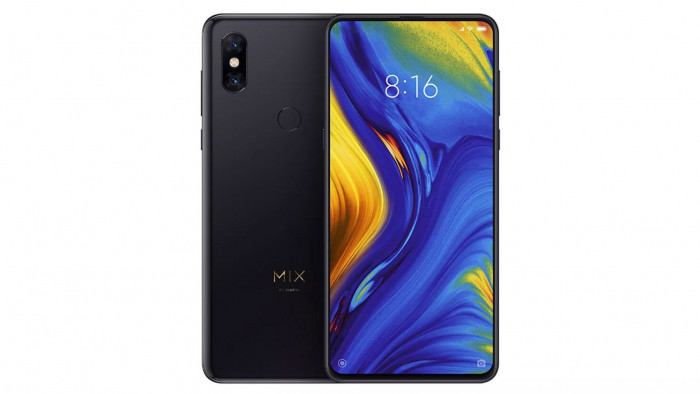 This was the first 5G phone to come to the UK. And the most affordable one you’ll find at Vodafone UK.

Xiaomi doesn’t go quite as mad with the specs as some, but there is one unusual design feature. The back of the phone flicks up. Just push at it with your fingers. This reveals the front camera, and means the Mi Mix 5G does not need a screen-bothering notch. 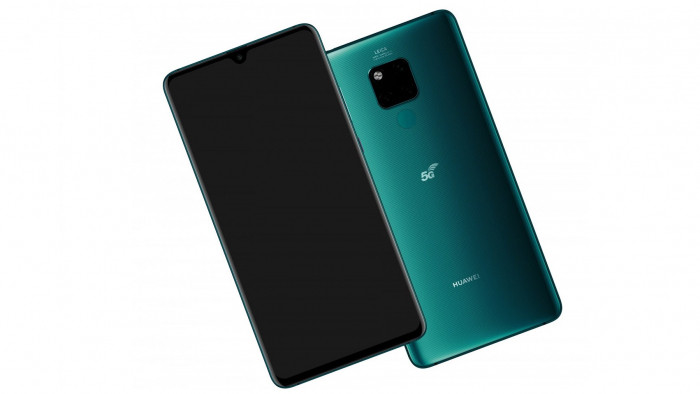 We might as well call the Huawei Mate X “The Hulk”. It has the biggest screen, at a whopping 7.2in diagonal. And its larger frame means it weighs in at a non-insubstantial 232g.

But if you’re going to stream movies over 5G, you might as well have the display to do justice to it, right? This also uses one of Huawei’s own Kirin CPUs.

Huawei is in hot water with the US government at the moment, though. So you might want to wait until that has blown over to buy one of its 5G phones.