Star Wars: The Rise of Skywalker first reactions are here

Not long to wait now! 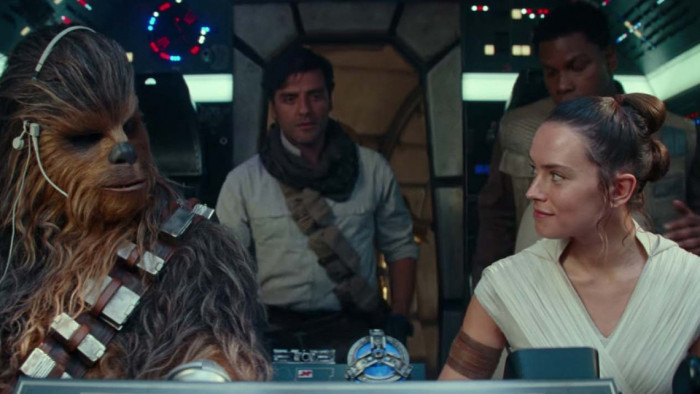 We'd forgive you if you were feeling a little nervous about The Rise of Skywalker – not least because The Last Jedi got some less than stellar reviews when it came out.

It's also the last film in this part of the Star Wars journey, so there's a lot riding on it for fans.

Well, the reviews are in – and it's looking (mostly) good.

"Lot to take in," one writer tweeted. "It is the big adventure, lightsaber adventure I hoped for."

Lot to take in with #riseofskywalker It is the big adventure, lightsaber adventure I hoped for. A few things I still wonder if it was necessary but it was a very satisfying end to this new trilogy.
— Kristian Harloff (@KristianHarloff) December 17, 2019

THE RISE OF SKYWALKER is everything I wanted it to be — because there’s never been a STAR WARS movie like this before.

It’s dark and scary, but hopeful and beautiful.

It ends the trilogy while also ending the saga as a whole.

THE RISE OF SKYWALKER: Really awesome! The best of the new trilogy! Really fun, lots of humor, a big heart! So many surprises! It’s everything #StarWars fans are hoping for, and more! A very satisfying conclusion! A lot of fan service, but I loved it! pic.twitter.com/9iSjFpifu6
— The Mantzalorian (@MovieMantz) December 17, 2019

No spoilers - I cried - and #TheRiseOfSkwalker has the best no-sex love scene I’ve seen in a long while.

The perfect end to an epic saga. The story is truly emotional. The direction is jawdropping. I don’t know how he did it. To balance scope and scale with so much heart like that is a feat. The performances are so damn good. Especially, Daisy. A fantastic ride. #TheRiseOfSkywalkerhttps://t.co/06SeSS1Nla
— Ava DuVernay (@ava) December 17, 2019

Not all reviews were 100% brilliant – one writer, from IGN, said that he "liked it but had some big problems with it"; another said her feelings were "mixed".

The film is out on Friday in the UK, so really not long to wait for you to make your own mind up.