Ratchet & Clank: Rift Apart is the PS5 game we've all been waiting for

Stunning new footage finally unlocks what the PS5 console can do. 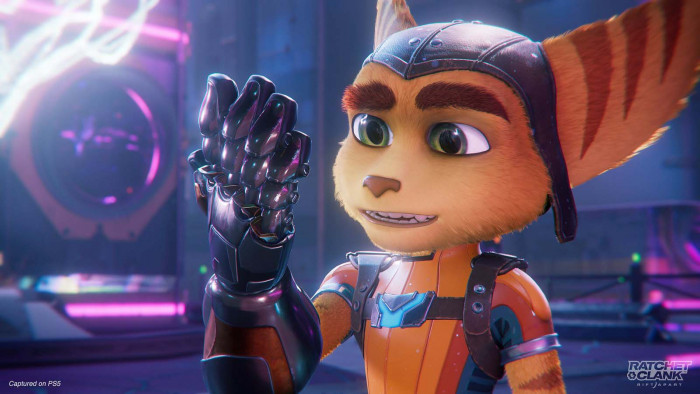 The PS5 has gotten off to a stunning start, with the console selling like proverbial hot cakes and stockists trying and ultimately failing to keep up with demand.

We haven't seen a game do this yet - although Returnal comes close - but Ratchet & Clank: Rift Apart looks set to be that title.

Launching 11th June, its developers Insomniac have just released a stunning video that shows 15 minutes of game play and, blimey, it looks fantastic.

PlayStation, quite rightly, is excited about the upcoming game, explaining on its blog: "The power of the PS5 shines with amazing visuals from Nefarious City and Rivet’s home base on the alternate dimension Sargasso. The game was built for the next-generation and shows it!

It continues: "Ratchet & Clank: Rift Apart’s dimensional chaos wouldn’t be possible without the SSD, thanks to near-instant loading.

"Weapons are at the heart of any Ratchet & Clank game and we showed how we are taking advantage of the PS5’s DualSense controller’s adaptive triggers and haptic feedback to create the most immersive Ratchet & Clank weapons yet."

Sit back and watch the 15 minute gameplay trailer for yourself, then head to our best PS5 games list to see what titles are out now that we have been playing on the next-gen console.

Sony has a huge slate of upcoming games for the PS5 - this is what you need to know.