Every show on the streaming service will be 10 minutes or shorter. 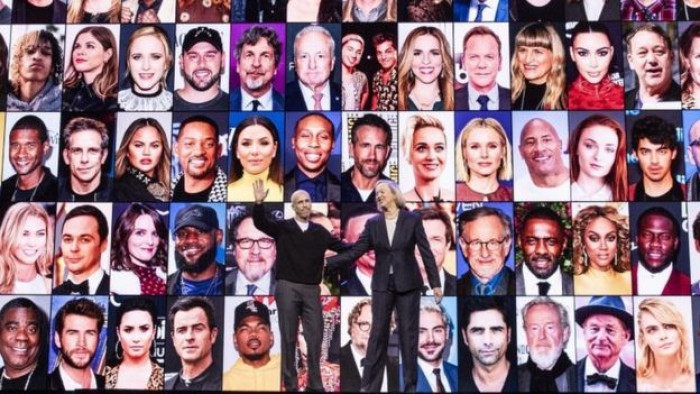 There’s a new streaming competitor in town that has Netflix looking cautiously over its shoulder - and it appears it has some serious cash to splash.

As if fighting off stiff competition from the likes of Apple+ TV, Amazon Prime, Now TV and Britbox wasn’t enough, the streaming giant now has newcomer Quibi to contend with.

Quibi's USP? It’s a mobile-only service whose shows will all be 10 minutes or shorter in length - making it ideal for the morning commute.

Launching in the US (of course) on 7 April, the service has raised an eye-watering $1bn (£763m) and has already commissioned projects from some of Hollywood’s biggest names.

Founded by Jeffrey Katzenberg - previously a producer at Disney before heading over to Dreamworks Animation - Quibi’s list of credentials looks to be extensive.

Names already on board include directors Steven Spielberg, Guillermo del Toro and Sam Raimi, while Chrissy Teigen and Tyra Banks are said to be involved, alongside a-list actors including Bill Murray, Idris Elba and Reese Witherspoon.

The service announced it had already commissioned one original project from Spielberg, describing it as a horror series that can only be viewed after sunset - aptly named After Dark.

Much like Netflix, there will be multiple subscription options available. Quibi is set to charge $4.99 (around £3.80) per month for a basic level of access, while a premium, ad-free subscription will cost users $7.99 (around £6.15) a month.

It’s also worth noting that Quibi - which stands for quick bites - appears to have its sights set well beyond the confines of original entertainment.

As the announcement at CES in Las Vegas noted, bulletins from the likes of NBC and the BBC were set to form part of the service.

The app is set to include an interesting little feature called Turnstile, which allows users to watch media in fullscreen mode whether they’re holding their device portrait or landscape.

As to whether the public are willing to delve into their pockets to pay for yet another variant of an entertainment streaming service remains to be seen.