PS5 reveal: dev kit or not, this is one strange-looking console

Somewhere, a Lego astronaut is missing a jetpack 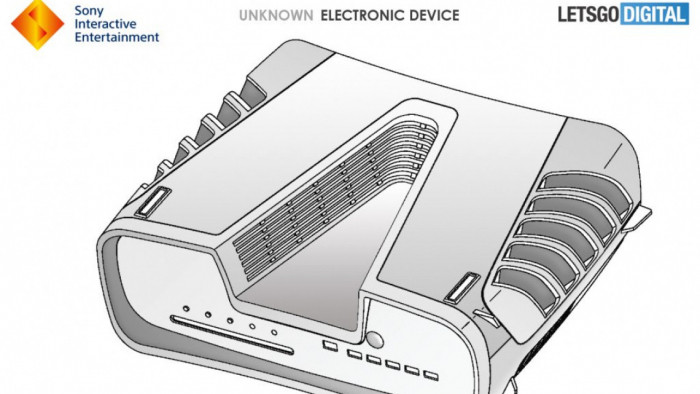 The PS5 has been revealed... kind of. A new images of the upcoming PS5 has emerged but it seems the internet is fighting as to whether it's the real console or just a dev kit that is doing the rounds.

Now, games consoles, generally speaking, have all the aesthetic flair of a box of cereal. You have to go back to the Nintendo GameCube to find anything that isn’t a black or white box with a disk drive and USB ports.

Then again, the alternative could be worse, as a new patent from Sony has shown. The above picture, captured by Let’s Go Digital, is taken from a patent from the company, and shows a machine with a deep-cut V design and a whole host of vents. Come back utilitarian designs, all is forgiven.

Is this the PS5 then? Well, apparently it’s a devkit, according to one now-deleted tweet, captured by IGN:

The account has now gone private – you’re really not supposed to reveal information about dev kits – but that would certainly make sense. You’d imagine the finished product would look slightly sleeker.

Even if this is the plan for both dev kit and finished product, the PlayStation 5 – or whatever it ends up being called – is still some way off. While we do know a few things about it already, designs can (and usually do) change, as anybody who remembers Sony’s original ‘banana’ design for the PS3 controllers will know.

One thing we do know for sure: it’ll be backwards compatible, so the best PS4 games will work fine on your next machine, no matter how strange it looks.