The new pickle offering is an intriguing one 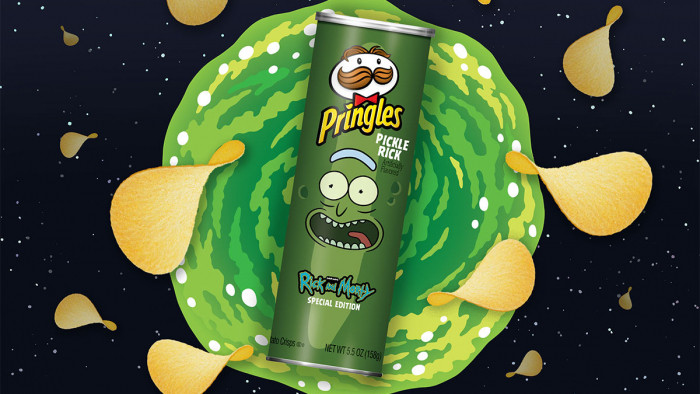 Whatever your preference, it’s time to hold onto your taste buds as the renowned crisp brand has now released a cartoon-inspired offering.

It’s time to get your hands on the new limited edition Pickle Rick flavour - inspired by the cult animated series Rick and Morty.

The new flavour pays homage to the season three episode ‘Pickle Rick’ (funnily enough), in which the booze-loving scientist avoids family therapy by transforming himself into a pickle. Very original.

Launched in a vibrant green can, the front of the tube features an image of Rick’s terrified face above a Rick and Morty logo.

And when we say limited edition, we really do mean it, as like many weird and wonderful Pringles varieties, the flavour will have a limited launch in North America on February 2.

We can only imagine it tastes similar to the eye-watering Xtra Screamin’ Dill Pickle flavour that’s currently available in the international section of selected supermarkets.

Alongside the launch, a 30 second Pringles advert starring Rick and Morty will air during the second quarter of the 2020 Super Bowl. Because the world needs more Rick and Morty in their lives.

"We want to do something completely new for the brand for the 2020 Big Game and are thrilled to be partnering with Adult Swim and Rick And Morty, a show which continues to grow in popularity year after year and enjoys a cult fan following," notes Gareth Maguire, senior director of marketing for Pringles.

Intrigued? We certainly are.