Pizza Hut is the latest restaurant to add a vegan range

Is the bottomless ice cream still there though? 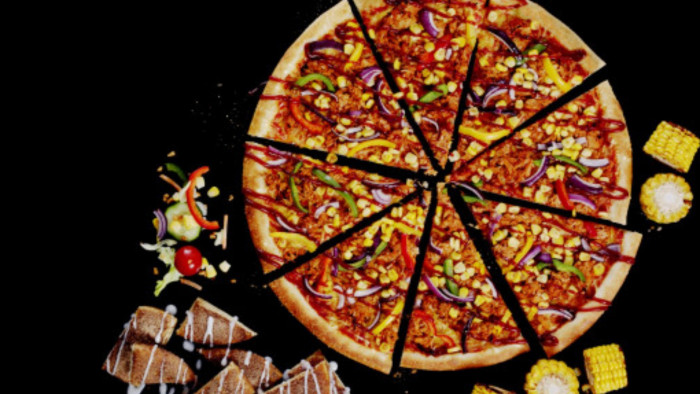 2019 is veganism’s best year to date. Not only have Greggs launched their vegan sausage roll (which is always sold out whenever we attempt to try one), but Pizza Hut have followed suit, with their new vegan menu.

Not one, not two, but five vegan pizzas are arriving at 253 Pizza Huts across the country from early March, as well as a vegan dessert. To celebrate, they’ll also be providing 50% off the new menu between 4th - 7th March so you can try double the amount.

Joining the already popular Vegan Margherita and Veggie Vegan is the Vegan Hot ‘N’ Spicy Veg, the Vegan BBQ Jack ‘N’ Ch**se and the Vegan Virtuous Veg Flatbread Pizza. First of all, points to Pizza Hut for starring out the word cheese as if it’s a swear word.

The menu has been launched after 25,000 pizzas were sold during veganuary this year, so demand is there. Vegan cheese, sorry, ch**se, is also on the up, after the first vegan cheese shop opened up in London earlier this month.

Joining them is your vegan, and I’m sorry to say it, not quite as good alternative to the Ice-Cream Factory, the cinnamon bites. Vaguely described as ‘sweet bites covered in dark cinnamon sugar and drizzled with icing’ in the Pizza Hut press release. But sod it, we’ll still try it.

Soon, being vegan won’t even be an excuse for not being able to eat fast food and they too can shorten their life expectancies with the rest of us! Only when McDonalds caves will we know the vegans have truly won.