A vegan cheesemonger has opened its doors in London

Things can only get feta from here 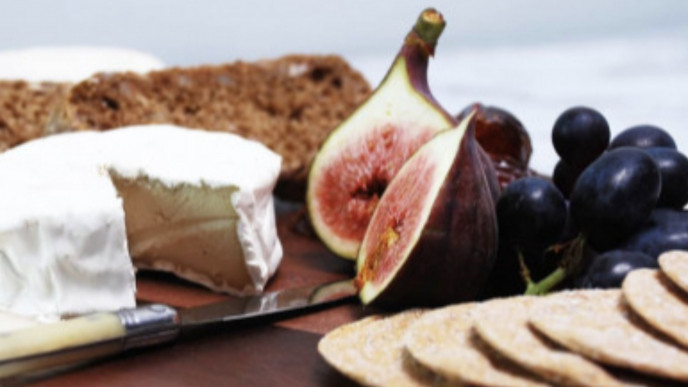 We started 2019 on a lovely note: after a huge online petition, purveyor of steak bakes and inventor of the sausage and bean melt, Greggs, were launching a vegan sausage roll. Obviously, various people went into meltdown and seemed to confuse this with ‘it has been announced that the world is ending’. Mainly: the host of Good Morning Britain.

Well, wait until his brigade hear about the new vegan cheese shop that’s just opened in Brixton, wonderfully titled La Fauxmagerie(can’t help thinking they thought of the name and then the concept there). Rachel Stevens (not that one) and her sister Charlotte opened the shop in early February and have already amassed a legion of fans. Their Instagram already has almost 8,000 followers and the sisters say people are already travelling specifically to visit.

So why did they set it up?

“After a bit of research we realised there’s not one single place where you can buy the best dairy free cheese brands. We wanted it to be easy and accessible so contacted our favourite brands to ask if they’d consider stocking their produce and we got really good feedback. It was an idea which suddenly became reality.” says Rachel. The women both quit their day jobs and started planning the shop late last year.

It might surprise you to know that Rachel only went vegan last month. Charlotte however, has always been lactose intolerant, which influenced their decision to open the shop.

It’s not all been fun and games though: the sisters received a letter from Dairy UK suggesting that calling themselves ‘cheesemongers’ was misleading. But as they say, “Peanut butter doesn’t include butter, and when people ask for a soy latte at Costa, they ask for soya milk – not blended soya beans.” Fair point.

Plus, La Fauxmagerieis too good of a pun to go to waste – and anything that gets Piers’ blood pressure up can only be a good thing.

We hope it’s easy brie-zy for the girls from here on in. (Sorry.)