Olivia Colman to guest star in The Simpsons 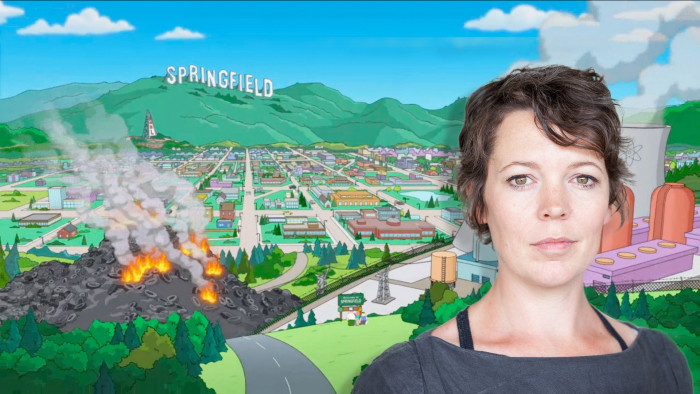 Over the years, The Simpsons has had some pretty impressive guest stars – John Waters, Bill Clinton, Kathleen Turner, Patrick Stewart, Meryl Streep... the list goes on (and on and on).

But we have to say we’re particularly excited to hear Peep Show star (oh, and Oscar winner) Olivia Colman will appear in the show.

Reports suggest that Colman will play a “femme fatale” in the show – and James L. Brooks, long-running exec producer, said that her turn was “one of the best guest appearances in Simpsons history”.

“She’s a femme fatale who attracts every man she’s ever met,” Brooks also explained. “But falls hard, harder than she ever imagined, for Homer Simpson.”

Just this second came from recording one of the best guest appearances in Simpson's history. No kidding, I am flying. Olivia Coleman playing the most down home femme fatal ever who attracts every man she's ever met but falls hard, harder than she ever imagined, for Homer Simpson.
— james l. brooks (@canyonjim) August 16, 2019

We don’t know much else about the episode, regretfully, other than it will appear in the next season, the show’s 31st.

But we do know John Legend, Jason Momoa and Bob Odenkirk (who you probably know best as the titular character in Better Call Saul) will also star in episodes.

Colman’s performance may boost what many fans feel is an ailing show – some believe its legacy would be best preserved if it wrapped up entirely, with threads regularly going viral detailing how exactly it should end.