EXCLUSIVE: Bulletproof star and creator reveals the games he loves... 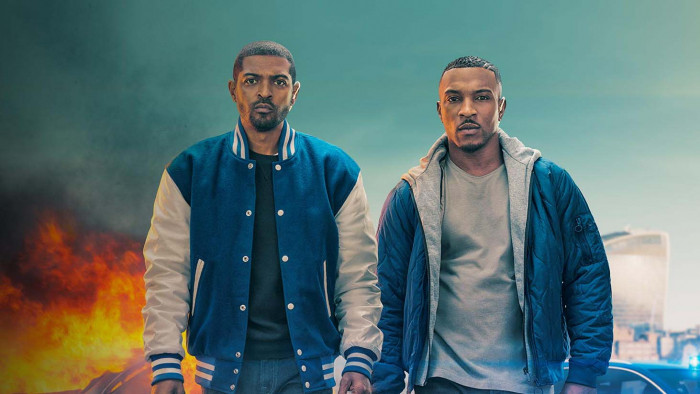 Two excellent ways to spend time when you’re staying in: 1) watching ‘Bulletproof’ season 2, which airs on Sky One this week. And 2) getting in some quality gaming time.

One person who’ll be doing both is Noel Clarke: star and creator of Bulletproof.
Starring alongside co-creator Ashley Walters in the buddy cop drama as best friends and NCA detectives, Bishop and Pike, the new upcoming series promises ‘Lethal Weapon’-inspired relentless action, crime fighting and best mate bants.
You might be surprised then, to hear that Clarke, who also wrote, directed and starred in the ‘Kidulthood’ series of films, as well as starring in ‘Doctor Who’ and writing and directing countless other shows, also has time to be a proud gamer. But when he gets time to play games, he’s passionate about them.
“I've been gaming since I was 10 years old, and it's something I'm truly not ashamed of,” Clarke tells us. “I find time late at night, or early in the morning. Sunday morning, first thing, I'll sacrifice a lie-in and get up at 6am so I can have some time playing on my own, before the kids get up.” Now, that is dedication.
But how would he fare in a Mario Kart competition with his Bulletproof co-star, Walters, we wonder?
“He can't play with me at Mario Kart, he'll get battered,” assures Clarke, “He doesn't wanna go there - he should maintain his integrity and his ego. He can stick to real driving and let me deal with the Nintendo.”
“I'm happy for you to publish this so he can challenge me. Any day, any course, he can pick the track, and I'll be blindfolded. He has no chance at Mario Kart!”
Consider the gauntlet thrown.
Before we get to see that epic race, occupy yourself with some of the best video games ever made, as recommended by proud Nintendo fan, Noel Clarke…
Sky original Bulletproof S2 is available now on Sky One and NOW TV.

“I'm telling you, it's fantastic. I’m playing ‘Pokemon Sword’ right now. I just love Pokemon, always have, always will. I've always played them, from the crap pixel-y black and white ones, all the way through to the latest ones for Switch.They've got this really cool feature where you're able to transfer your Pokemon from throughout the previous games, so now I've literally got Charizards that are older than my kids.”
“In the latest one, Pokemon Sword, I’ve picked Scorbunny as my starter. The fire types are the coolest ones - who doesn't like a little Charmander? Who wants that little watery frog or a little green monkey? I mean, I have received a Sobble and a Grookey in trade, anyway. I've bred them and I've got all their evolutions and all that stuff, as well. I'm on fire.”
“When it comes to favourite Pokemon, I'm partial to a bit of Pikachu, obviously. But in the last game, there was a fairy-type one called Slurpuff, which I just love. He looks like a little cupcake.”

“It’s the original platformer. From ‘Super Mario Brothers’ in 1987, to ‘Super Mario World’ on the SNES, to the most recent, ‘Super Mario Odyssey,’ for the Nintendo Switch, I think they’re the benchmark of platform games. As soon as you hear that music - beep beep boo boo boo BOOP! - then you’re just into them. They’re just classic games. And of course I completed Odyssey! You're talking to a gamer here - how dare you.”

“I can't think of anything more boring than playing a game where you're just living life, building your house, and going to work - but actually, it's the most brilliant thing. The irony of sitting on your arse all day, playing a game where you get a job, is not lost on me either. It's hilarious. But I love The Sims and I think that that series is really good. I don't play it anymore, because I really do not have the time. With Mario, you can play one level at a time - but The Sims is too immersive.”
“When I did play it, I used to play it honestly - no cheat codes - where I would build my house and slowly work my way up through my career, and earn money by going to work. By the end of it I'd have a massive mansion - crafting the house is the best part for me. The way I play it is to complete every career path - to see one all the way to the end, and then start again as something else, start that and finish that one all the way to the end again. I would play as a career woman, as well. She was not to be messed with. I used to put a lot of time into it, but alas, I don’t have time to do that anymore.”
Buy SIMS 2 on PC now

“Who doesn't like Mario Kart? I’m not actually that competitive, though. I'm kind of an alpha, so I don't need to compete with people; I don't have to win to be confident. I just love Mario Kart, it was so innovative at the time, and is definitely the best non-serious racing game that you can play. I play as Mario, because he's quite balanced. He's not heavy like a Donkey Kong, and he's not little, like Toad, getting bounced around everywhere.”
“My favourite track is Mount Wario, on the latest game. It’s a snowy mountain, and it's not a track in a circle shape, it’s really like a slalom course. I love that track.”

5. The Legend of Zelda: Breath of the Wild

“The Legend of Zelda: Ocarina of Time, from back in the day, and then the latest one, The Legend of Zelda: Breath of the Wild, on Switch, are the best games ever made. It’s a completely open world adventure, where you can travel where you want, do what you like, and you don't have to do it in order. Grand Theft Auto is pretty cool for its open-world as well, but, I think Zelda just tips it - Grand Theft Auto's just a little too real, and I love that Zelda's a fantasy. Definitely, the last few Zelda games are up there as some of the best, but for me, ‘Breath of the Wild’ is just an amazing, immersive adventure.”

Buy Breath of the Wild on Nintendo Switch