New Halloween details revealed - get ready for a 'sensational' ending

Things are set to get spooky 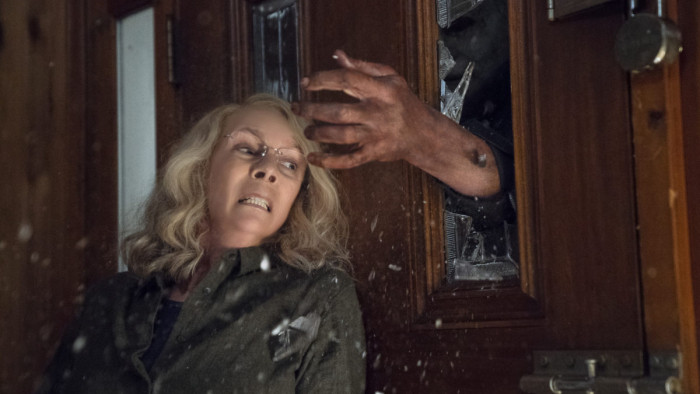 With Halloween fast approaching, it seems only right that we learn a little more about the characters involved in the recently revived cult film franchise of the same name, y’know, given the announcement that two new instalments are currently in the works.

Entitled Halloween Kills and Halloween Ends (how original), the new films are set for release in October 2020 and October 2021 respectively - with the filming of the former kicking off this month.

And with original Halloween cast member Jamie Lee Curtis returning to the fold, the actress has now revealed further details on what we can expect from her character in the forthcoming installments, alongside her motivations for reprising the role of Laurie Strode.

“The ass-kicking part is the fan-favorite part, but from my standpoint, I didn’t go into it because I got to kick Michael’s bottom,” Curtis said of the Halloween revival in a recent interview with Collider. “I was particularly drawn because it was a movie about trauma. We have horror movies that are horrific and we have these horrific events take place, but we leave the movie theater and then we complain that the dishwasher doesn’t work.”

“I think that if from the opening section I was kicking butt, it wouldn’t have had the emotional reaction that people actually had.”

The comments came as Curtis picked up a Best Actress award for her role in last year’s Halloween release at the Saturn Awards, the first film of the new Universal Pictures and Blumhouse Productions revival.

And it seems fans aren’t the only ones pleased to hear about the return of the film's director and co-writer David Gordon Green, alongside writer Danny McBride, off the back of the first instalment's success.

“What I love that David and Danny and company did is they connected the dots for forty years,” Curtis notes of Halloween Kills. “Now they’re going back to really unpack the first movie, bringing back all those characters whose lives were affected by what happened in 1978.”

“The last movie is the sort of cultural phenomenon of violence, that’s what the third movie ultimately is, a very powerful examination of violence. It comes at it from a slightly different way. You’ll like it…. If you believe in me at all, I promise you what David Gordon Green has come up with as a way to complete this trilogy is sensational,” she continues.

And with fan favourites like Anthony Michael Hall returning as Tommy Doyle alongside Kyle Richards reprising her role as Lindsey Wallace, it’s safe to say we’re expecting big things from the forthcoming films in this highly-anticipated franchise.