There are going to be a lot of callbacks. 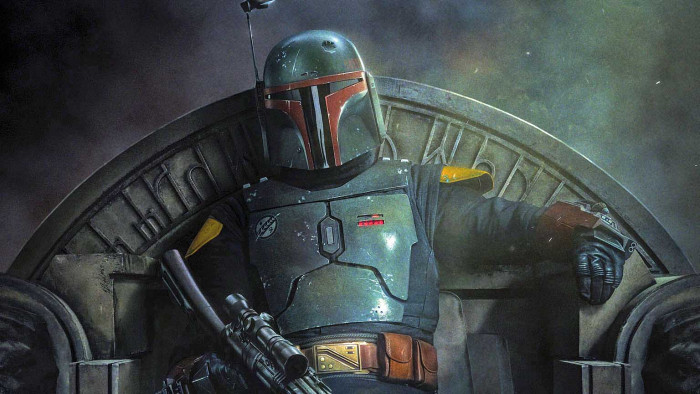 The Book Of Boba Fett is set to be a Star Wars show that delves deeper into the lore of the franchise than any before it, as the new trailer proves.

The show, which focuses on one of the most celebrated characters in Star Wars, is all about expanding on who Boba Fett is as a character. Given Fett had fewer than 7 minutes screen time in the Star Wars franchise, it's amazing just how much of a cult character the bounty hunter has become.

For fans, it was fantastic to see him return in The Mandalorian and now the Book Of Boba Fett is set to showcase what the bounty hunter is up to next, and there's even hints that we will find out just how he survived the Sarlacc Pit.

In the new Book of Boba Fett trailer, we hear him say: "Left for dead, on the sands of Tatooine, I am Boba Fett," And back he is, with fellow merc Fennec Shand (Ming-Na Wen).

As the trailer shows, he's visiting places we have all seen before, with Gizmodo reporting that it looks as if Fett heads to Tosche Station in the new trailer, the place where Luke Skywalker is trying to find a new converter in A New Hope.

Yes, it's a geeky spot but it proves that we are getting a show that is steeped in the myth of the Original Trilogy which should please hardcore fans, and we bet there will be much more of this when the show debuts.

The Book of Boba Fett is set to land on Disney Plus 29 December and stars Temeura Morrison as Boba Fett. The series will begin after the Fett and Fennec Shand took control of Jabba's criminal empire, something that was teased at the end of The Mandalorian: Season 2.