Apple AirPods get a redesign and some impressive new features. 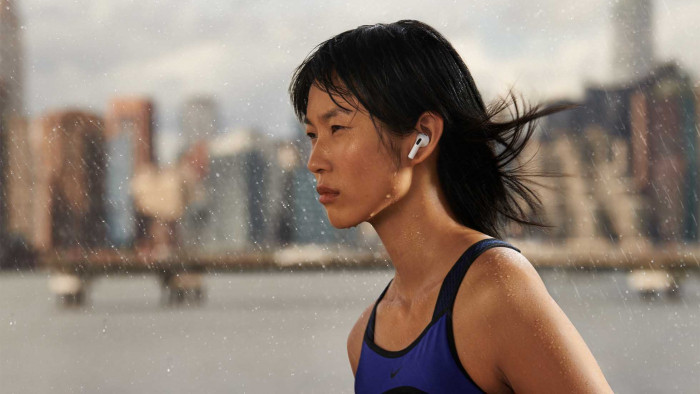 Apple has finally updated its AirPods range, with a new set of earphones that are packing some Siri-ous audio tech.

Apple unveiled the new earphones at its latest event in Cupertino - which are now into their third generation - noting that the earphones have an all-new design, come with Dolby Atmos and a longer battery life.

Here are 5 things to know about the new Apple AirPods...

1. They nab a few features from the AirPods Pro

The new Apple AirPods have a number of new features that can be currently found in the current AirPods Pro. While they don’t have the silicon tips that the Pros have (they are hard plastic) they have shorter stems like the Pro and the ‘force sensor’ controls that can be found on the Pro - this is where you squeeze the stem to skip, pause and play tracks.

2. Battery life has been improved

3. It’s all about spatial audio

Apple has been going big on Spatial Audio ever since it launched its over-ear headphones. The idea is that its audio tech will make for a bigger, more expansive 3D sound. It has also added Dolby Atmos compatibility into the mix and dynamic head tracking that was previously found on the AirPods Pro. Adaptive EQ will also make sure that you get a better sound, even if your earphones are a little ill fitting.

4. You can get sweaty in the new AirPods

Apple has improved the sweat resistance and water resistance of the new AirPods. There is now an IPX4 rating for both the earbuds and the charging case.

5. The sound has been improved

According to Apple, its new AirPods have a new custom driver and a high dynamic range amplifier that “together produce powerful bass with crisp, clean high frequencies. The microphone is covered by an acoustic mesh to help reduce the sound of wind, so the speaker’s voice comes across distinctly on calls. AirPods also feature AAC-ELD, a superior speech codec that offers full HD voice quality, providing clear, natural communication for FaceTime calls.”