Farewell to a real one 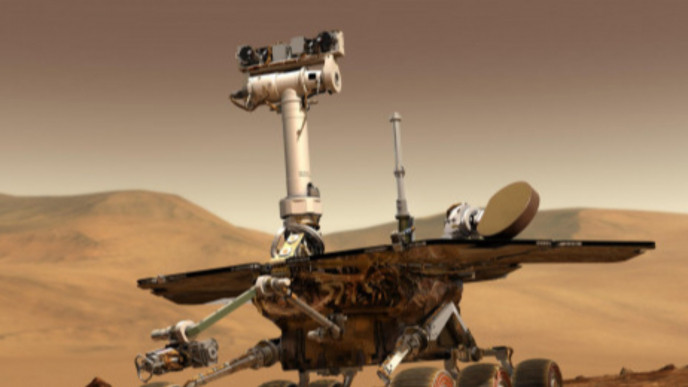 You’ve probably seen the news that NASA’s Mars Opportunity Rover has been lost to the mists of time (or the mists of space, whatever).

It made headlines not only because it was actually newsworthy (obviously), but because its last words, issued as it was losing signal, were somehow, despite being delivered by a robot, both poignant and heartbreaking.

“My battery is low and it’s getting dark,” it apparently said – excuse us if we shed a tear or two over that.

Shortly after losing contact with the rover, Nasa officially declared Opportunity ‘dead’, bringing to an end a fifteen year long exploration mission on the surface of Mars.

But before it did this, engineers sent a final message to “say goodbye” – Billie Holliday’s I’ll Be Seeing You.

The song famously ends with the lines ” I’ll find you in the morning sun / And when the night is new / I’ll be looking at the moon / But I’ll be seeing you.”

“This is a hard day,” project manager John Callas said after their last message went unreturned.

“Even though it’s a machine and we’re saying goodbye, it’s still very hard and very poignant, but we had to do that. We came to that point.”