The flip phone is back 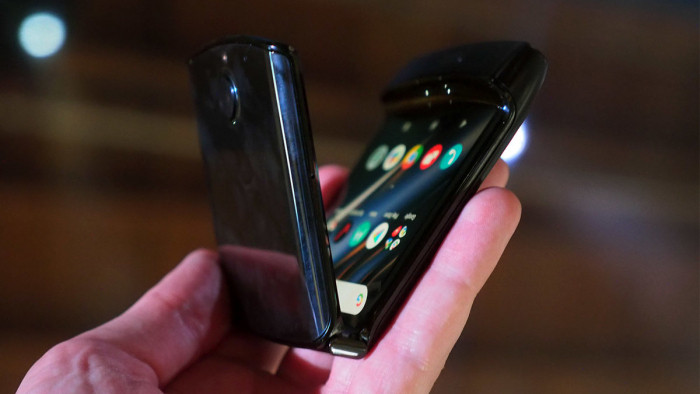 Despite the proliferation of high-tech smartphones on the market, stuffed full of incredible features and completely cutting edge, there's something comfortingly appealing about the classic flip phone. Much more satisfying to put the phone down on someone, for one thing.

With Motorola's upcoming Razr model, a bendable smartphone, you'll get the best of both words. The most up-to-date features – but bendable. And now, the company has revealed a few more details about the phone in a new video outlining how to care for the handset.

It may seem a little like overkill – just keep it safe and treat it with respect, right? But bearing in mind the phone costs nearly £2000... you probably want to listen to Motorola's advice, to be honest.

You'll be relieved to hear that most of the tips are fairly straightforward (and pretty obvious, too).

Keep the screen dry – good advice for any phone. Make sure that it doesn't go anywhere near sharp objects, as the screen is far more delicate than that of say an iPhone.

And in advice that will be familiar to anybody who owned an early flip phone – don't put it in your pocket unfolded. There's also likely to be a few bumps on the screen, so don't worry about them either.

If you fancy giving the Razr a whirl, it's out on the 19th February. Until then, why not check out our pick of the best camera phones out now.