Hands on: Motorola razr review: a foldable phone you will want to buy

5 things we learned trying out the new Motorola razr 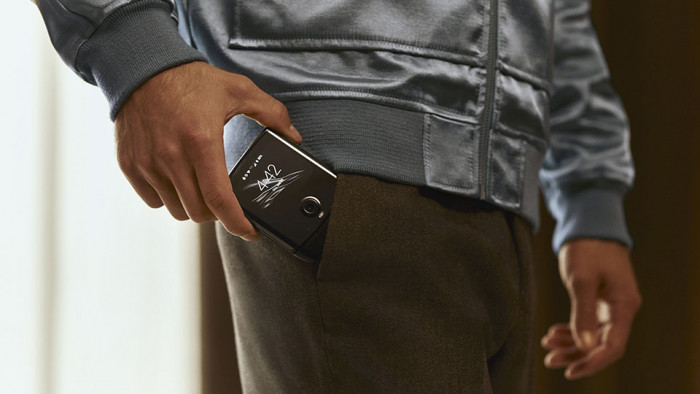 Well, this is a blast from the past. Picture it, it's 2004 and Outkast's Hey Ya is the number one song and life was not a miasma of social networks and anxiety. Along comes a phone that looks out of this world, compared to the bricks that were your other phone options.

15 years ago, the Motorola RAZR was the coolest phone around and now it's back. upgraded with the latest phone innovation - a folding screen.

ShortList was lucky enough to be the only UK-based site to be flown over to LA for the launch of the new Motorola razr (no caps this time). We've had our hands on the phone and it's a beauty.

Currently there are two other foldable phones on the market - the Samsung Galaxy Fold and the (nearly out) Huawei Mate X.

After playing with the Motorola razr we think it's the only foldable phone you should think about buying right now. Here are five reasons why.

1. It's kept the retro look

Those who love(d) the look of the original Motorola razr won't be disappointed with the new one. It retains the old clamshell look but is also packed with technology. When you fold the device, it turns into a snug palm-of-your-hand phone. Unfurl it, though, and hidden is a 6.2-inch screen that looks fantastic. Motorola developed and tested over 20 different prototypes to get the device right.

Not only do you get the 6.2-inch OLED screen inside the phone (it's the bendy OLED tech that allows it to be completely folded), which is 21:9 aspect ration, there's also a screen on the front too. That means that you don't have to open it to get messages and the like. It's a nice touch and the 2.7-inch interactive Quick View screen allows you to tweet and answer emails (among other things) without flipping the phone. 3D Gorilla Glass has been used to make sure the phone's screens are durable.

3. Trust us, you'll want to flip this phone

One of the best things about the new Motorola razr is that it still has that same feel when you flipped it back in 2004. The hinge on the thing means that flipping from small phone to bigger phone is a joy and you never once feel like you are going to break the thing. This is impressive, given that the OLED screen underneath is quite a precious thing. While there is the smallest of gaps when you flip it, Motorola has patent-protected a 'zero-gap' hinge that allows both sides of the flexible display system to remain perfectly flush when closed - this is said to protect the display from debris and dust, so there should be no worry about any pocket lint getting to the device.

4. There's a decent camera on board

Motorola hasn't added cameras to rival its other phones, like the Motorola One Zoom, but what it has is decent. There's a 16MP camera lens right in the middle of the device and this has Night Sight, which is a great addition. There's also a 5MP camera on board when you flip it up. You can take selfies on both lenses, but we found the exterior lens was better for this.

5. The Razr is back and it's not a gimmick

While you may think that Motorola has just unveiled an expensive gimmick (it will cost $1,500 in the US), this is the real deal. It feels like a phone that suits its form factor. While the Galaxy Fold and Huawei Mate X fold out to create a tablet experience, Motorola has decided to do the inverse and make a full-sized phone that gets smaller when you flip it. It feels like this is the perfect thing for a flexible display - the folding screen concept doesn't feel at all forced, but a natural extension of the phone.

We're impressed with the new Motorola razr. It's great to see a phone that we all grew up with and loved given such a great modern spin. It's not the most powerful phone around - while you do get 6GB of Ram and 128GB of storage, it's using a Snapdragon 710 which is passable but not top class. It hasn't got the best cameras, but it has a massive USP in that it is the Motorola razr reborn.

Motorola hasn't just used foldable tech for the sake of it - it's a perfect marriage in the new Motorola razr and we can't wait to try the phone some more when it's released.