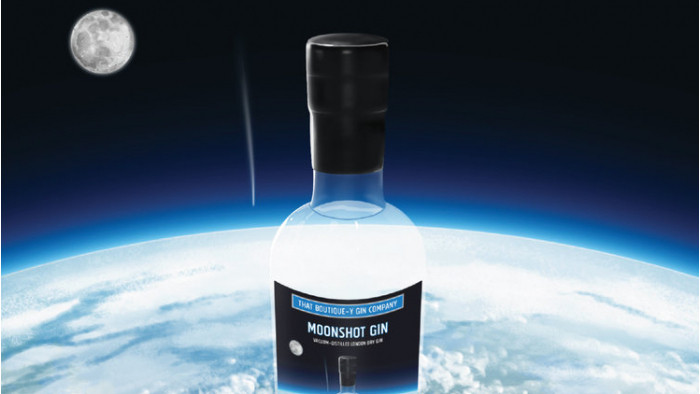 Saturday marks 50 years since Apollo 11 landed on the moon. If you’re looking for the perfect tipple to see in this milestone in humanity’s development, then That Boutique-y Gin Company has just the spirit to channel the spirit of Buzz Aldrin, Neil Armstrong and Michael Collins.

To be clear, the appropriately named Moonshot Gin is a touch gimmicky, but it does at least stay on theme. Every one of the ingredients in the spirit is a botanical that has been sent to space. Juniper, coriander, cubeb pepper, fresh lemon peel, chamomile flowers, cardamom, dried bitter orange peel, cinnamon, liquorice root and angelica were all sent to an altitude of at least 24km, facing atmospheric pressure of less than 1/100ths of that at sea level.

As a finishing touch, the Moonshot Gin also uses moon rock from a lunar meteorite – a whole new definition of the phrase ‘on the rocks’.

As the trailer above indicates, this gin has actually been around since 2017, but that means you’re not going in blind at least. Most of the reviews on Master of Malt seem strong, with mainly five-star ratings. “This gin is altogether too easy to drink,” reads one review. “ I don't know that sending the botanical to space really does anything for the flavour, but it's a fun talking point and for the price I'm more than happy.”

That price, by the way, is £21.95. Not too bad, but if you’re happy with gins produced firmly on terra firma, you may want to consult our list of the best gins before you make your next purchase, just to be safe.