Marvel's Moon Knight is streaming now: and the reviews are in

Marvel's latest has arrived on Disney Plus 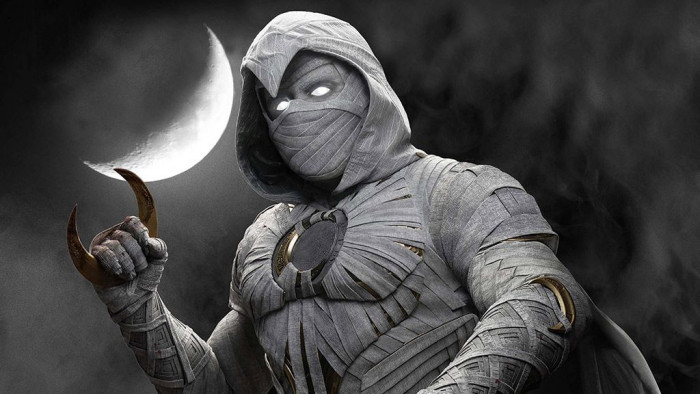 It's been a whole four months without a new Marvel TV show. Or a mere two weeks, if you count the likes of Daredevil heading to Disney Plus. Whichever way you look at it, there is always excitement for a new Marvel property but Moon Knight is something a little different.

It's the first TV show from a Marvel character that hasn't already established itself in the MCU. So far we have had shows with familiar faces: Wanda, The Winter Soldier, Loki, Hawkeye.

Moon Knight has to introduce a new character (on TV, he's a mainstay in comic books) and one that may well be with us for years to come.

Played by Oscar Isaac, he's Marc Spector/Steven Grant a merc with a personality disorder who eventually becomes the titular superhero.

We've seen the first few episodes and it feels fresher than the series that have gone before it. It's great to see Marvel establish a new character and it's certainly not afraid to delve into darker moments and try and out-weird the likes of Doctor Strange.

To give you more of an idea of the show, here's what the rest of the critical world is saying...

Empire has given it four stars, noting that it's "fresh, funny and occasionally batshit, Moon Knight is an MCU departure in both topic and tone."

Variety is happy to report Moon Knight is a breath of fresh air, saying that "there’s a high-stepping riskiness to its first four episodes that is a good look for a studio that’s often more careful than it is wild."

Den of Geek reviews the first episode (three stars) and isn't quite as enamored, but does say: "The MCU version of Steven Grant is admittedly quite irritating, but at least he’s a very different protagonist for us to root for."

WeGotThisCovered reckons that Moon Knight "is the best Marvel TV show to date" (quite a claim), explaining that it's "the most consistently entertaining Marvel Disney Plus show to date." Interestingly, it also goes on to note that "Moon Knight is barely an MCU show at all," when commenting on its lack of MCU connective tissue.

Finally, the NME is also big fans of the show, noting: "With Moon Knight, they’ve finally hit on the perfect formula. It’s a series that never looks like anything less than a huge summer blockbuster, but one that isn’t afraid to fill six hours instead of two."

But, hey, don't just go with what us stuffy critics think - head to Disney Plus now, where the first episode of Moon Knight is streaming now.