Marvel TV shows teaser: every new Marvel show to get excited about 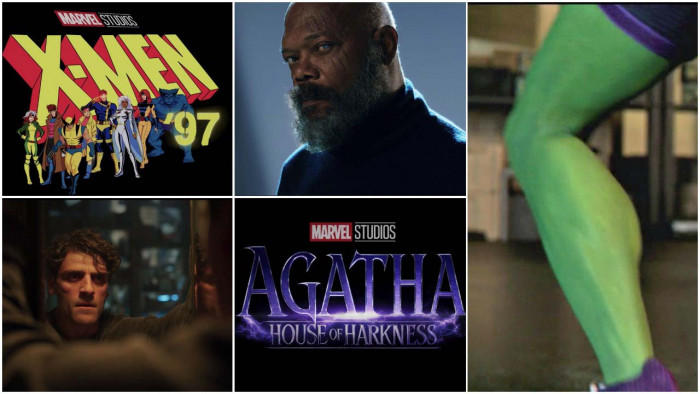 With the arrival of Eternals, the big screen might be showing a little bit of Marvel fatigue, but Marvel's collection of superheroes are set to have a long and fruitful life on the small screen.

At Disney Plus’ recent Disney Plus Day event, the streaming giant showed off some of the next batch of Marvel wares we should all be getting excited about, revealing a 14-minute teaser for its current TV crop and what’s happening in the near future.

You can only currently watch the Marvel TV show teaser on Disney Plus - so if you can't access that, or would rather have things in written form, here are all the upcoming Marvel shows you should be getting excited about...

Hawkeye is mere days away from release (24 November) and focuses on arrow slinger Clint Barton and his relationship with Kate Bishop, an apprentice Hawkeye in the making. Based heavily on the Matt Fraction-penned comic-book series, this is a skewed festive tale that is set to also star Yelena Belova (Florence Pugh), fresh from Black Widow.

Disney has finally given us our first glimpse of Moon Knight and it looks like a mix between Batman and Orphan Black. Oscar Isaac is playing Marc Spector, a former marine with dissociative identity disorder who becomes a superhero. Isaac is seen in the trailer looking very scared and sporting, among other things, a dodgy English accent. Cor blimey, indeed.

This one looks fun. We finally have had a glimpse of Tatiana Maslany as She Hulk Jennifer Walters, the cousin of Bruce Banner.

Hulk, played by Mark Ruffullo makes a cameo in the trailer and we see him trying to help Walters to keep her green side under control.

Another first look, Ms Marvel is set to make her TV show debut before starring in Captain Marvel sequel, The Marvels.

Iman Vellani is Kamala Khan who gains superhero powers that allow her to stretch, shape shift and alter her appearance in other ways. This one looks like a cool coming-of-age superhero saga, with some jokes thrown in.

Secret Invasion could well become Marvel’s mega TV hit, with Samuel L. Jackson back as Agent Fury (sporting a scarred face and no eye patch) and Ben Mendelsohn returning as Talos (last seen in Captain Marvel). Emilia Clarke and Olivia Coleman are also in the show which is about seeking out the Skrulls that have infiltrated the Marvel Universe. We’re hoping this one will have a Winter Soldier style ‘70s spy paranoia vibe.

Out of all the announcements, X-Men '97 was perhaps the most fleeting and most exciting. Marvel is set to continue from where the '90s X-Men TV show finished, using the same-look animation and the original voice cast - including Cal Dodd, Lenore Zann, George Buza, Alison Sealy-Smith, Chris Potter, Catherine Disher, Adrian Hough, and Christopher Britton.

The X-Men TV show was hugely influential when it was aired in the '90s and pretty much was the reason that Marvel greenlit the successful movies. The animated series will explore new stories in the ‘90s timeline of the original series and is written by Executive Producer Beau DeMayo.

Marvel also teased Ironheart, Dominique Thorne is set to star as Riri Williams who is continuing Iron Man’s legacy; Marvel What if… Season 2; Marvel Zombies; Loki: Season 2 and Echo, about a superhero who is deaf who will make their first appearance in the Hawkeye TV show. It also teased an I Am Groot animated show and Spider-Man: Freshman Year - another animation which follows a young Peter Parker getting to grips with his powers and high school.