Marvel to release a set of audiobooks based on classic comics 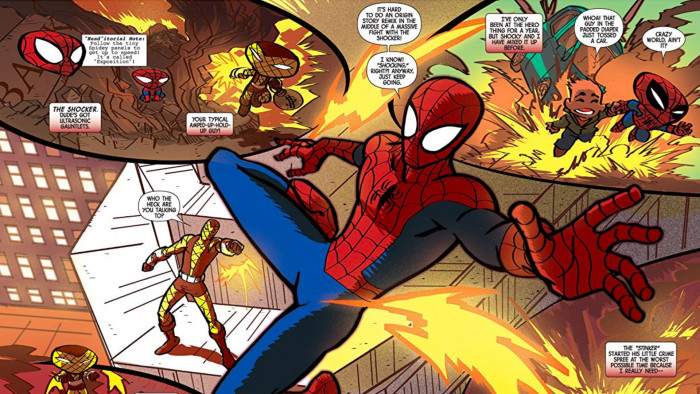 You might have thought we’d reached peak comic book saturation – but, oh boy, were you wrong.

The films, TV shows, apps, games and actual books were clearly not enough to sate the hunger of a comic-obsessed culture – because Marvel has announced it will be releasing a new set of audiobooks based on classic comics.

Working with audiobook publisher Dreamscape Media, Marvel will adapt nearly two dozen books, which Variety reports will be in a “read-to-me style”. They’ll be available on Hoopla, a library lending app Marvel has worked with before, bringing 250 comic books to the service. The app partners with local libraries, meaning the audiobooks will be available to loan for free.

As for what’s being covered, there’s plenty of variety. The Ultimate Spider-Man, The Ultimate X-Men, X-Men: Codename Wolverine and Daredevil: The Man Without Fear will all be available, as will works from David Michelinie, Tony Isabella, Len Wein, Marv Wolfman and Peter David.

Some of these works have “not been widely distributed before”, so it seems as if there’ll be something new to explore even for hardcore fans.

“Marvel Entertainment has changed pop culture with its emphasis on character‐driven stories that bring out the superhero in all of us,” said Dreamscape Media publisher Tammy Faxel in a statement. “We are proud to collaborate with Marvel Entertainment to give fans a new way to connect with their favorite superheroes.”

The audiobooks should be released in September – plenty of time to recover from that Avengers finale, then.

Next up, vote for your favourite Marvel movie.