Lucas Pouille has already benefited from working with Amélie Mauresmo 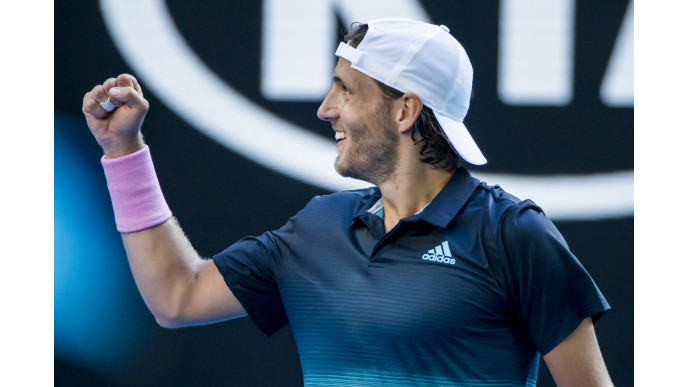 French tennis player Lucas Pouille has recorded his best ever grand slam result less than a month into 2019, beating Milos Raonic to move into the semi-finals of the Australian Open.

The 24-year-old, who will face Novak Djokovic in the semis, had never been beyond the first round in Melbourne before 2019. The run is testament to the impact of his new coach, former women’s world number one Amélie Mauresmo.

There’s no reason why idea of women coaching male players should be a novelty, and yet the relative rarity of the situation has left Pouille in a position where he has to field questions not about Mauresmo herself, but about female coaches in general.

Mauresmo has good pedigree both as a player and as a coach, having won two grand slam singles titles herself before helping Andy Murray reach the final of the Australian Open back in 2015, among other results.

And yet, following Pouille’s victory over Raonic, the question posed by interviewer John McEnroe focused on whether more male players should hire female coaches, as if Mauresmo’s achievements act as a yardstick for all women in the men’s game.

McEnroe has history when it comes to attracting attention for comments on women’s tennis, having claimed Serena Williams would be around 700th in the world if she competed against men, but Pouille’s response deserves some credit.

“She has the right set of mind, she knows everything about tennis,” Pouille said, suggesting female coaches could benefit many men on the tour.

“It’s not about being a woman or a man. It doesn’t matter, you just have to know what you’re doing. And she does!”

Some of the best women in the game have worked with male coaches (including Mauresmo herself during her playing days) and there’s no reason to think it can’t work the other way.

In fact, it almost seems odd that it’s something we haven’t seen more of.