No, we don’t mean a laptop 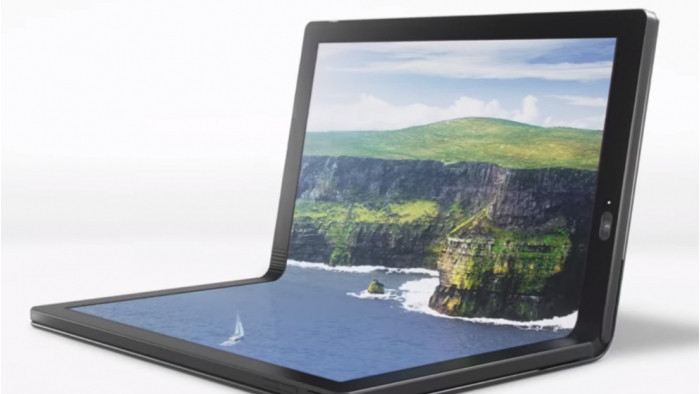 Lenovo has announced the world’s first "foldable PC". If you’re reading this on a laptop, that might come as some surprise to you – doubly so given Lenovo shifts millions of laptops every year.

But the Chinese company has something different in mind when it says “foldable PC”. It has a 13.3-inch 2K OLED screen that bends on a hinge. When it’s the shape of a regular open laptop, the bottom half of the screen displays a touchscreen keyboard. When it’s closed, every pixel of that display becomes pure screen.

Related: best budget laptops, for those after something more conventional

If the idea of losing half the screen to a keyboard sounds unappealing, you can attach Bluetooth ones in the same way you would with any other device.

So why is Lenovo calling it a foldable PC, rather than a foldable tablet?

While specs haven’t been released yet, our hope is that it’s to draw a line between the often underpowered world of tablets and the more powerful world of laptops. If that’s the case and this offers the kind of power required for multitasking, video editing and gaming, Lenovo may have an incredible product up its sleeves. Figuratively, of course: nobody could fit that up their sleeves, not even when folded.

Folding phones are the big buzzword this year, despite very few people having actually seen them in person. They’re either incredibly expensive to import, like the Royale FlexPai or, uh, having ‘teething problems.’ Hopefully the same fate won’t befall Lenovo’s promising looking foldable PC. But it’s perhaps telling that there’s no release date attached beyond a vague "2020".