A bit of Lumos for new Harry Potter gear 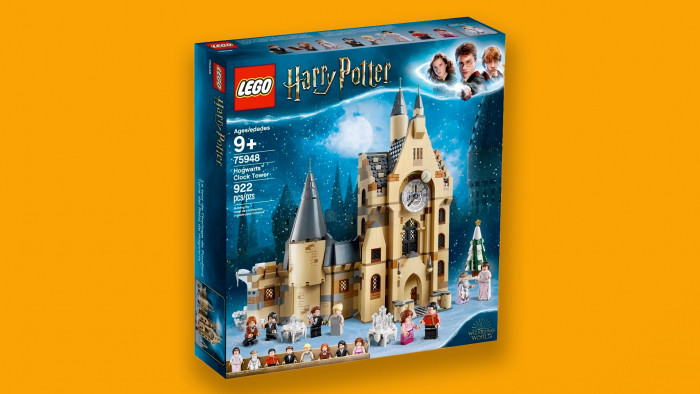 The books might have concluded several years ago, but Harry Potter stans can never get enough of their favourite bespectacled wizard.

And with five new Lego sets based on the books and film due to be released later this year, fans will be occupied for even longer.

There’s even something for the cheapskates amongst you – the cheapest set costs just £19.99, with the most expensive reaching £84.99.

Any diehard fan will recognise the scenes depicted in the sets. The £19.99 set – dubbed ‘Expecto Patronum!’ – is based on Harry Potter and the Prisoner of Azkaban. 121 pieces include Sirius Black, two Dementor figures and Harry himself, as well as a Stag Patronus charm, which you might remember Harry summoning to protect Sirius.

The next set up pictures the Hungarian Horntail Triwizard Challenge and costs £29.99. A little larger, at 265 pieces, the scene is based on the Goblet of Fire book, and includes Harry, Victor Krum, Fleur Delacour and Cedric Diggory. It also includes a fairly nifty Hungarian Horntail dragon and Golden Egg – the first challenge of the Triwizard Tournament.

Next up is the Knight Bus, £34.99, which includes a three-story bus with sliding bed, and a set depicted Hagrid’s Hut, £49.99, which comes with figures including Hagrid, Ron, Hermione, Harry and Cornelius Fudge. Animal fans will also be pleased to see a Buckbeak figure.

The final and most expensive set comes in at £84.99 and a whopping 922 pieces. Based on both the Prisoner of Azkaban and the Goblet of Fire, the set depicts an “iconic section of Hogwarts including the Entrance Hall, Defence Against the Dark Arts classroom, Hospital Wing, Prefect’s Bathroom, Dumbledore’s Office and a section of icy decorations for the Yule Ball”. Phew.

The sets are due to be released on 1 June, but if you can’t wait there are plenty of Harry Potter themed sets on Lego’s site already.

The company has also announced it will be releasing a Lego Harry Potter advent calendar this year – so you’ll never run out of fun.