Jurassic World Dominion: the first reactions are in - and they are divided

The end of the franchise looks set to be a bumpy one. 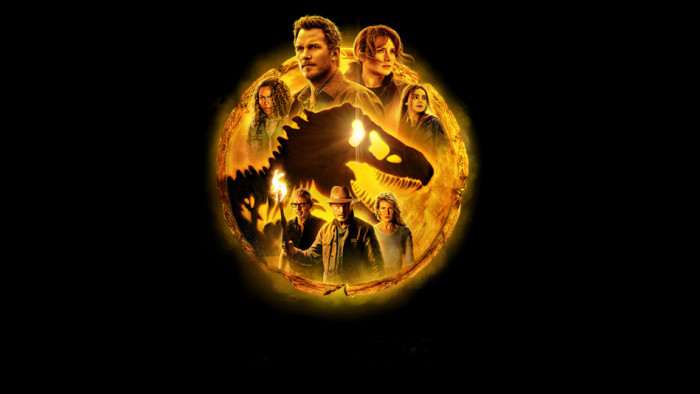 Jurassic World Dominion marks the end of the new trilogy of dino movies based on the works of Michael Crichton, but it's also much more than that. It's a story that weaves in the core characters from the first Jurassic Park film - played by Sam Neill, Laura Dern and Jeff Goldblum - mining our memories for what we're all hoping is a stunning coda to a franchise that began with Steven Spielberg's hit film.

While we are waiting for the official Jurassic Park Dominion reviews, those who saw the movie at an early screening have been chipping in their thoughts and, well, they are very mixed.

Jurassic World Dominion certainly hasn't got the universal praise of the first Jurassic Park movie, but some do believe that it offers enough of a nostalgia blast to be fun. Others, though, are utterly disappointed.

Here's what people are saying about the movie below. First, those who are fans of it...

#jurassicworlddominion is a big, roaring fun adventure. The dinosaurs are bigger and better than ever. It's non-stop Dinosaur action. And Laura Dern, Jeff Goldblum and Sam Neill's return hit the nostalgic spots. I just love them. pic.twitter.com/Z7kvy3SkpO
— Jazz Tangcay (@jazzt) June 7, 2022

#JurassicWorldDominion rocks an excellent mix of practical & digital effects. Dinos look GREAT. Dimetrodon scene is ... right up my alley. Bryce Dallas Howard runs away with the movie -- & new trilogy for that matter. Claire experiences one heck of an arc & Howard soars with it. pic.twitter.com/5qWYkddi9e
— Perri Nemiroff (@PNemiroff) June 7, 2022

#JurassicWorldDominion is at its best when the old and new cast are together. Fans of the franchise should enjoy this. Plenty of nods to the OG. I’d recommend giving that a close rewatch. pic.twitter.com/WfRSqzsM81
— Kirsten (@KirstenAcuna) June 7, 2022

And now for those who weren't so pleased with what they saw...

It brings me no joy to report that #JurassicWorldDominion is a MASSIVE disappointment. While the film does feature some incredible dinosaur sequences and it is great to see the original cast back on the big screen, the film fails to deliver on what the previous films promise. pic.twitter.com/AsGoqMsrSf
— Scott Menzel (@ScottDMenzel) June 7, 2022

#JurassicWorldDominion doesn't really live up to its global premise. You've already seen this movie plenty of times before. But at least they used more animatronic dinos this time around! That's one of the nicest things I can say.

It pains me to say this, but I did NOT like #JurassicWorldDominion — the story was convoluted & all over the place, and it didn’t feel special. There’s no magic or heart to it, and it doesn’t capture the awe-inspiring feeling of the original at all. Not sure who it’s even for. pic.twitter.com/WjhVJaY9Nv
— Scott Mantz (@MovieMantz) June 7, 2022

#JurassicWorldDominion = BAD. It ignores the premise it should’ve had from the start, instead synthetically engineering 2 entirely different, uninteresting & hollow stories that it struggles to connect. Some effects look polished, some ropey. Worst of the franchise. pic.twitter.com/0xbyUR6O9d
— Courtney Howard (@Lulamaybelle) June 7, 2022