Who Wants To Be A Millionaire? lives on 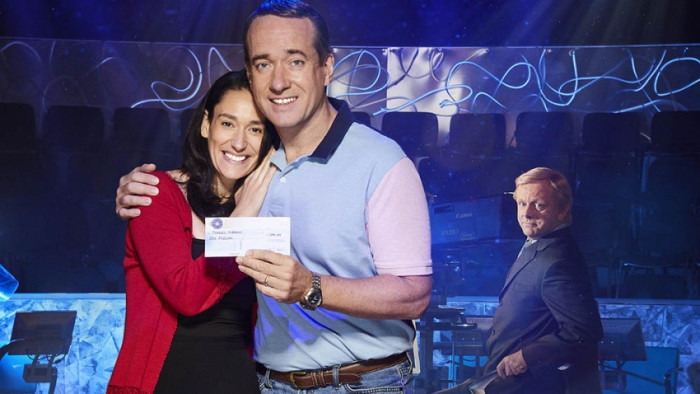 Between the lies and the coughing fits, the story of Who Wants To Be A Millionaire’s Charles Ingram - or ‘The Coughing Major’ as he became infamously known - was always destined to become a sought after script.

But it’s safe to say that even ITV couldn’t have predicted the success of their latest three-part drama, as the Michael Sheen fronted show has been crowned the most watched drama of 2020.

With over 10 million people tuning in over the Easter Bank Holiday to watch the bizarre tale of the game show winners that coughed their way to victory, the show looks to have chanced upon a winning formula.

It seems viewers were particularly enamoured by Michael Sheen's lifelike performance as game show host Chris Tarrant - well, that and the intriguing musical performance that no one saw coming as part of the final episode.

The show also appears to have attracted an altogether younger audience than many of the channel’s other dramas, with figures suggesting 1.5 million 16 to 34 year-olds tuning in.

However, plenty of viewers found themselves questioning the couple’s level of guilt following the airing, which saw the pair face the full force of the law during the final episode.

Despite this, the Who Wants To Be A Millionaire? co-creator, David Briggs, urges viewers to think carefully about the outcome.

Speaking to The Sun, he said: “What I’d say to anyone uncertain of their guilt now is simple — go back and watch the programme. I was there in the studio on the night it happened, and the evidence is compelling."

Haven’t seen it yet? You can still catch Quiz on the ITV hub.