Plus, new Ghostbusters animated show and movie in the works. 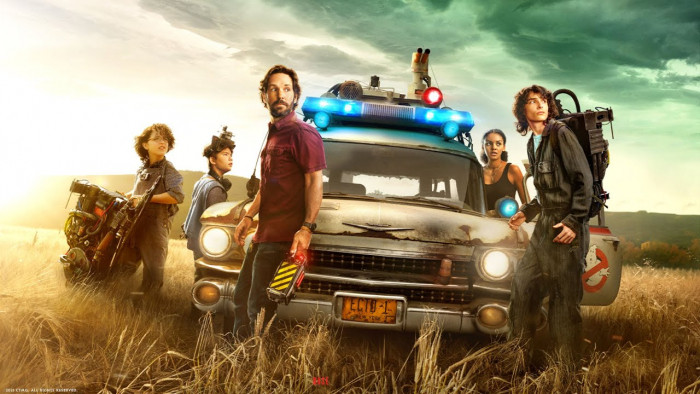 Good news Ghostbusters fans: the sequel to Ghostbusters: After Life is taking place in New York and has a working title - Firehouse.

Ghostbusters: Afterlife was a box-office success when released in 2021, managing to nostalgia mine the previous movies while adding a younger cast to the mix. It wasn't to everyone's liking but we at ShortList Towers found it fun, even if the New York setting was missed.

The movie's sequel was revealed as part of Ghostbusters Day and was the first of many new Ghostbusters announcements, with news that there is also set to be a new animated show on Netflix and an animated movie in the works.

If that wasn't enough, a comic-book adaptation is also happening and there's a VR game currently in production.

But let's start with the Ghodstbusters: Afterlife sequel. Director and co-writer Jason Reitman explained about the newly announced sequel: “The last time we saw Ecto-1, it was driving back into Manhattan: the home of Ghostbusters. That’s where our story begins. The code name is FIREHOUSE.”

“The last time we saw Ecto-1, it was driving back into Manhattan: the home of Ghostbusters. That’s where our story begins. The code name is FIREHOUSE.” -@JasonReitman, @GilKenan#GhostbustersDaypic.twitter.com/P3QRild2Vs
— Ghostbusters (@Ghostbusters) June 9, 2022

It's been confirmed that the movie will be written once again by Reitman and Gil Kenan and while we no nothing about the plot. Ernie Hudson who plays Winston Zeddemore in the movies has hinted at a return, noting: “Winston Zeddemore may have turned in his flight suit for a business suit, but he will always be a Ghostbuster... I’m not allowed to tell you much more than that, but rest assured, we have a lot of Ghostbusting ahead. I’ll just say, if need be, the flight suit still fits.”

As for the new animated show, it will be a Netflix exclusive and "will navigate an unexplored era of the Ghostbusters Canon". The animated movie will be a spin-off, "with all new characters and a whole new take" according to its makers.

There will also be a VR game, available on Meta Quest 2 and PlayStation VR2, and Ghostbusters is heading back to comics, with a new run by Dark Horse. This is set to be an in-canon limited edition series which will be coming out at the end of 2023.

“Between gaming, comics, television, and movies, we are going to tell the untold history of Ghostbusters while reaching into the future with characters you haven’t met from places you haven’t gone,” said writer Kenan about all the announcements.

Oh, and to honor the life of original director Ivan Reitman who passed away this year, Hasbro has created two figures of the director as a Ghostbuster, which look awesome.