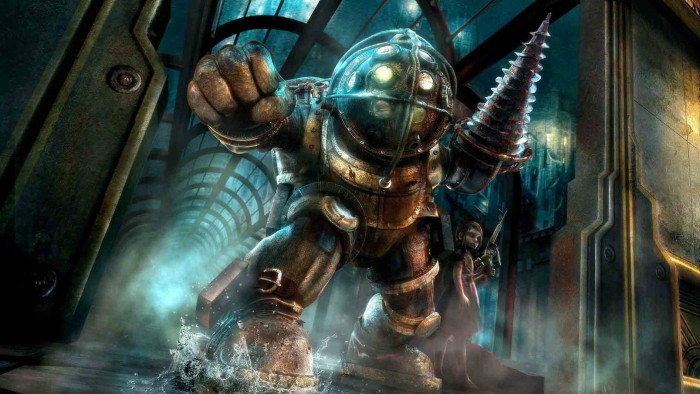 After much rumor and speculation, Netflix has revealed that it is indeed working on a movie of the classic game BioShock, with no director or writer (as of yet) attached.

The news comes after a bit of clever detective work found copyright documents that proved that Netflix was doing something with BioShock.

The documents were found by a Twitter user - as originally reported by TheSixthAxis - that showed records from the United States Copyright Office.

They noted that Netflix has taken a "short-form" option out on BioShock, with Take-Two Interactive, and three other titles (BioShock 2, BioShock Infinite and the book BioShock Rapture).

While it hasn't officially revealed who will be making the film, BioShock is indeed in the works by Netflix with the streaming giant Tweeting, initially, "'We all make choices, but in the end our choices make us.' Netflix + BioShock. Would you kindly stay tuned?"

And then Tweeted: "Netflix, 2K and Take-Two Interactive are partnering to produce a film adaptation of the renowned video game franchise BioShock."

Game on for Netflix

BioShock is one of the most original game series out there. The first two games are set in the underworld city of Rapture, in the 1960s, while the third game, BioShock Infinite, acted as a prequel with its action taking place in 1912 in the floating city of Columbia.

This isn't the first time that a BioShock adaptation has been mooted. The Pirates of the Caribbean's Gore Verbinski was close to getting the video game made into a movie but it was pulled a few months from shooting after an issue with what age rating it should be.

Netflix has already had a number of super-sized hits thanks to its video game adaptation. The Witcher has been both a hit for critics and audience, while Arcane (based on League of Legends) was one of the most original launches of 2021.

There are a number of other game adaptations in the works as well, with a Cuphead cartoon arriving this week (18 February).

In the future we are also set to get a live-action Assassin's Creed and Resident Evil series.

As for who could potentially star in the movie/show, well let's speculate massively here. Dwayne Johnson, who has worked with Netflix on Red Notice, recently revealed that he was bringing "one of the biggest, most badass games" to the screen.

Could we see The Rock in a BioShock movie? Personally, we don't think you can get more badass than a Big Daddy but time will tell as to what he's got cooking.