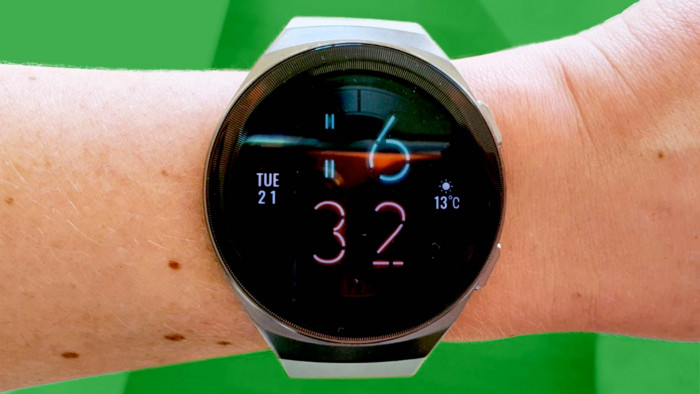 The Apple Watch is probably the first smartwatch that springs to mind. However, Huawei stepped things up big time with the launch of the Huawei GT 2 towards the end of 2019.

It's sleeker and sportier than its predecessor. However, there's more than just looks to set this newer model apart from last year's Watch GT 2.

The Huawei Watch GT 2e has a host of tweaks and upgrades across the board, including more RAM and a £20-lower price. A sensible price was always a major selling point for the GT 2 and now the GT 2e has followed suit, considerably undercutting some of its smartwatch rivals.

However, app compatibility remains a bit of an issue for this smartwatch. The GT 2e runs off Huawei’s own LiteOS operating system, which links up to the Huawei Health app on your phone. There are definite pros and cons to this, first and foremost when it comes to using some of your favourite non-Huawei apps.

Anyway, more on that later. For now, these are the five things you should know about the new Huawei GT 2e.

Gone are the two round and somewhat rugged control buttons seen on the side of the GT 2. Instead, the GT 2e has sleeker, flatter rectangular buttons to the side of the 46mm face.

The simpler stainless steel trim gives this model an altogether sharper finish than its predecessor too. Huawei has taken the Marie Kondo route, throwing out etched-in numbers around the dial for a minimalist, refined look.

Two-tone rubber straps can add a bit of visual punch if you want it, but Huawei has kept seams and bezels to a minimum this time around, making it a great looking piece of kit.

If this watch has kept one important thing the same, it's impressive stamina. A 455 mAh battery gives the GT 2e the same "two week" battery life as the GT 2. Having used the watch moderately for a number of hour-long workouts, alongside the occasional time and heart rate check, it easily went ten or so days without requiring a recharge - although Huawei claims it can last up to 14.

It’s pretty impressive given the screen quality and brightness. Naturally, GPS is going to zap the battery, so the more workouts you do, the quicker it will deplete.

There were a few niggles when it came to picking up the wrist movement required to activate the watch face, though - something that may well have contributed to the great battery life.

To charge you use a two pronged magnetic charging plate that attaches to the back of the face. It’s compact and bright white - which isn’t the most attractive when most of the range consists of muted tones - but it’s a pretty minor flaw in the scheme of things.

Priced at £159.99, the Huawei Watch GT 2e is cheaper than the Huawei GT 2 was when it first launched at the end of last year. You’ll also notice you’re getting more bang for your buck with the new GT 2e model, first and foremost in the RAM department.

It uses Huawei's Kirin A1 processor, and the GT 2e now has double the RAM of its sibling, upped from 16MB to 32MB. You read that right: Huawei's LiteOS hardly needs any memory. But it’s a noticeable improvement. The watch feels that bit faster when zipping between workout modes and apps. That being said, it’s worth noting that there’s still no 4G/LTE version of the smartwatch.

And like last time, the GT 2E has 4GB storage, enough for around 500 songs.

Once working, though, it seemed to be a pretty smooth process, despite the initial setup feeling a little convoluted.

The Huawei Watch GT 2e has modes for stacks of different kinds of exercise, over 100 activities in total. There are 15 sports modes - including 8 outdoor and 7 indoor options for essentials like running and cycling - alongside 85 other modes capable of tracking things like ball games and aquatics.

The sports mode also allows you to capture 190 different types of data - which is great if you’re looking to analyse your performance. We might just stick to checking our heart rate and ensuring we’re still alive.

That being said, the lack of connectivity to Strava is disappointing. If you’re buying a smartwatch to monitor your health, chances are you’re regularly exercising and using one of the main tracking apps. Strava is the one we missed most. You can hook up to Google Fit and MyFitnessPal if you don't like Huawei Health, but that's it.

The Huawei Watch GT 2e is a snappy piece of kit that is excellent value for money at £159.99. Great as a mid-range band, but it’s probably not ideal for those looking to intensely track and sync activities with apps like Strava. But if you’re happy to use Huawei’s built-in apps, you're good to go.

Still, you can't connect to stacks of fitness platforms, or use the kind of smartwatch apps available to Apple Watch and WearOS owners. But lots of fitness features are baked-in. Bearing that in mind, it’s a device that will work well for those looking to track slightly less straightforward activities like surfing and rock climbing due to the wide range of activity options.