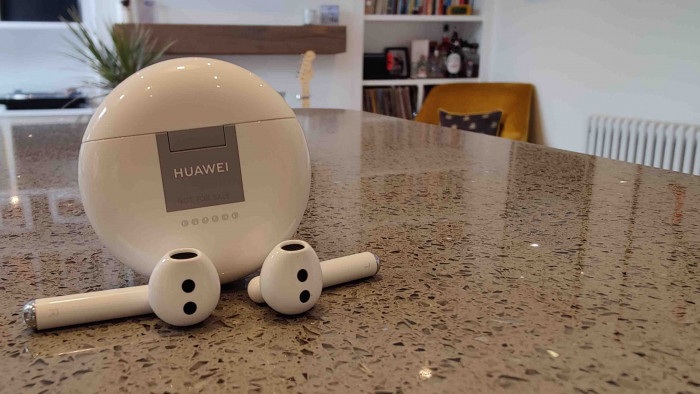 Huawei has made some pretty big strides in the audio market. Its Huawei FreeBuds Pros, released in 2020, proved it had the audio expertise to deliver a pair of ANC-equipped earphones that weren’t just an afterthought bundled in with its other hardware goodies.

The Huawei FreeBuds 4 aren’t a replacement to the Huawei FreeBud Pro, but are an upgrade to the company’s FreeBuds 3 - what this means is that they are still ‘open fit’ but they have improved ANC and other new features, at a compelling price point.

1 They fit but not as you know it

If you haven’t used a pair of ‘open fit’ earbuds before then you will find the Huawei FreeBuds 4 earphones quite rigid. They nestle on your ears, rather than really get in there which is a little disconcerting at the beginning. The reason: you think they are going to fall out.

We can confirm through a number of runs and wearing them on public transport, though, that they are sturdy enough to stay put and you soon get used to the feeling of them in your ear.

Design-wise, they look sleek but very similar to other earphones that have the touch-sensitive shaft.

2 Setup is simple, if you are a Huawei user

Huawei really wants its users to be part of all of its ecosystem. And if you are a user of its phones, laptops and the like then you will find using the Huawei FreeBuds 4 a delight. Flip them open near a Huawei device and they automatically pop up on the screen, ready and waiting to be used. You also get battery life and other details through this pop-up. Huawei devices will share the earphones’ pairing information as well (well, those under the same Huawei ID) so you don’t have to keep pairing, and you can switch between up to 10 devices seamlessly through the app.

Non Huawei users can just connect them through Bluetooth - and this takes seconds. But if you want to dig a little deeper into the controls, then you have to download the Huawei AI Life app. This is available through Google Play. Yes, it means jumping through a number of hoops but once installed, it should automatically find your earphones. It is here that you can control things like ANC, bass and treble.

3 ANC is on board but needs a seal of approval

It’s great to see active noise cancelling on board the Huawei FreeBuds 4 but we found that the feature felt more like an audio enhancement rather than an all-out noise canceller.

There is certainly a difference between ANC being on and off. On and the music you are listening to envelops the ears more and feels 'bigger'. But when it comes to cancelling out noise, because of the design of the ear buds you still hear what’s going on in the outside world.

For those who want total immersion, then you need to look for a pair of buds that have an ear tip that ‘seals’ the ear. This isn’t to say that the ANC doesn’t work - it does, but in louder outside spaces such as train stations, you will certainly hear the outside world as well as what you are listening to.

4 Sound quality is decent, when turned up

We really liked how the Huawei FreeBuds 4 sounded. There was a richness to the mid tones and the bass. Listening to the remastered version of The Clash’s Straight To Hell was a joy, its bossa nova beat ringing throughout. Wolf Alice’s Play The Greatest Hits was as propulsive and punky as we wanted it to be, the treble working well with the high-end of the drums.

Chaise Longue’s Wet Leg brought a deep rhythm to our ears, and was replicated well by the earphones.

We did need to turn things up a little louder than normal to get the full effect - especially with the ANC turned on. And while the bass boost works, we didn’t feel like the FreeBuds 4’s open fit suited 'drum and bass' heavy tracks, like High Contrast’s Arcadia.

We were really impressed with the touch controls. A simple tap and swipe had us pausing music and changing the volume in no time.

Battery life differs depending on whether you use the ANC functionality or not. We managed around 2.5 hours out of the earphones when we blasted them up high with ANC on - which is certainly not the best we have tested. Without ANC things improve to around 4 hours. The good news is that the round, slim case also brings its own charge and ups thing to around 20 or so hours. On long journeys, though (when we eventually do star doing those) it feels like the FreeBuds 4 may disappoint.

The FreeBuds 4 are another solid effort for Huawei, with solid being the operative word. These are rigid earbuds that may not be to everyone’s taste but if you are looking for an Apple AirPods (not Pro) rival, then these have enough audio smarts to impress.

While we wish the ANC was as strong as what is found in the Huawei FreeBuds Pro range and the battery life better, Huawei has created another pair of earphones that fit nicely in the mid-range.

The Huawei FreeBuds 4 are out now for £130. As of going to press, if you buy them from Huawei’s official store then you get a free Huawei Band 4 Pro.