We’re getting a Hot Wheels movie, because apparently there still aren’t enough films 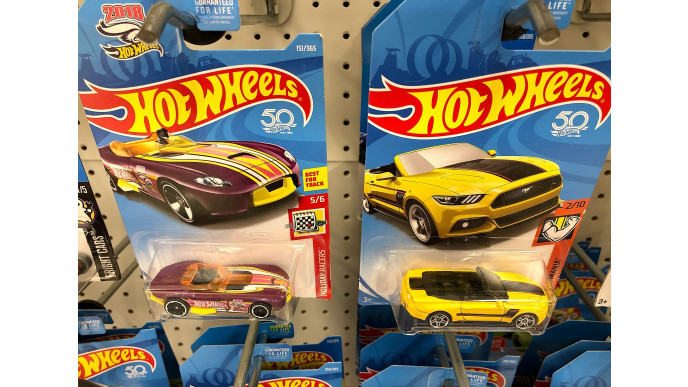 The first rule of films is that if something exists, there’s either already a film about it, or at the very least there’s one being made.

And so we shouldn’t be surprised to learn there’s a Hot Wheels film in development, and yet it’s still baffling to us.

How emojis kicked down the door of the English language

According to Variety, toy company Mattel is in talks with Warner Bros on a live-action film which will presumably feature… actually no, we reckon they’re probably working with a pretty blank slate here.

Mattel has its own film division now, you see, allowing it to open itself up to bids on movies around its other properties like the more obviously filmable Barbie.

“We couldn’t be more excited to be bringing the adrenaline, adventure, and excitement of Hot Wheels to the big screen,” said Warner Bros. chairman Toby Emmerich.

In the meantime, Margot Robbie has been cast as Barbie ahead of a live action film expected to arrive in 2020.

We’ll also be getting a live action Masters of the Universe movie, with Deadline reporting earlier this year that Iron Man duo Art Marcum and Matt Holloway would be working on a new draft script.

Neither of those projects have really fast little cars, although we haven’t yet decided whether that makes them better or worse prospects.