It's a mix of new and old, featuring Red Dead 2 and, er, Tomb Raider 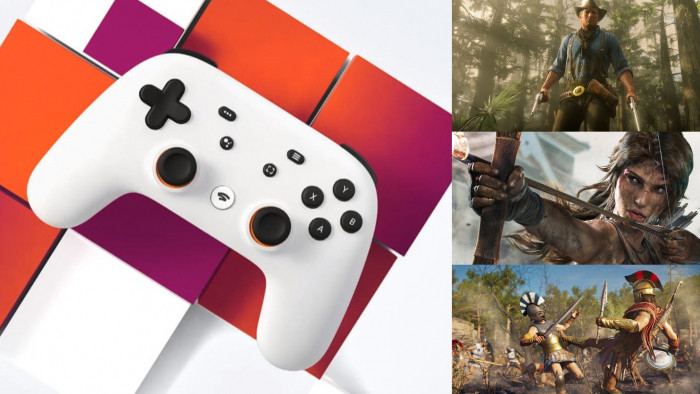 Much like the impending launch of Disney+ and the recent launch of Apple TV+ , there’s been a notable buzz surrounding a string of big launches in the entertainment world. The latest? None other than Google Stadia and the 12 now confirmed games that will be available on launch day.

The thing is, the list isn’t actually that impressive.

Launching on 18 November, Google’s gaming platform aims to create a gaming world that’s accessible to all. If the concept takes off, it’s set to revolutionise game play.

Disregarding the need for fancy add-ons and expensive games consoles, Google’s aim is to avoid lengthy download and install sessions and replace them with one cloud-based system that allows users to access 4K, 60fps gaming within five seconds of opening a tab.

Sure, there are some instantly recognisable titles in the mix, but when you’re attempting to launch a new concept into the gaming world, you’d hope that offerings from 2014 (looks sheepishly towards Tomb Raider) weren’t part of the main draw.

The good news? There are set to be 14 titles joining the list before the end of 2019.

Those late to the party include: Ghost Recon Breakpoint, Rage 2, Metro Exodus and Wolfenstein Youngblood. Past that, titles like Watch Dogs Legion, Cyberpunk 2077, God and Monsters and Doom Eternal.

The incoming titles are sure to make Stadia more of a draw to gamers - particularly since all games included in Stadia are the most recent update and therefore don’t require lengthy download and install sessions.

Set to cost £8.99 at launch, the new venture certainly looks to be a money saver - particularly when you factor in the sky-high costs associated with investing in new games, consoles and equipment.

Keen to jump aboard SS Stadia? You can pre-order the service before release on their website.