Glengoyne has opened up a ballot so you can taste its oldest-ever bottle - and we’ve had a dram. 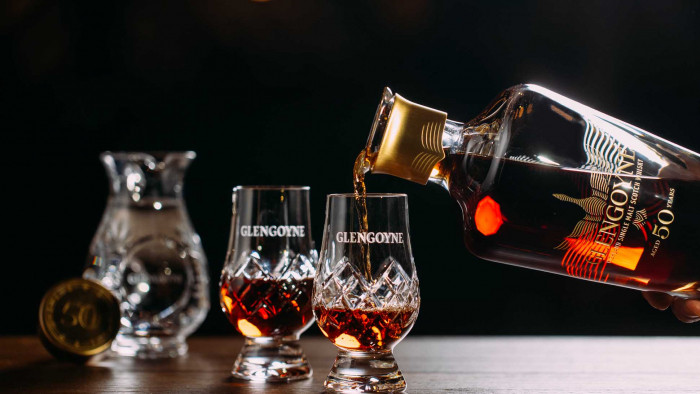 It’s 50 years ago. America is halfway through the Vietnam War and Nixon is president. In the UK, the balance of power has shifted from Labour, with Harold Wilson, to Conservative with Sir Edward Heath.

Alongside all of this, something else happened 50 years ago. A whisky was distilled in the Glengoyne distillery, and placed in an oak cask that remained unopened, in a dunnage warehouse, for 50 years. The contents of which are with me right now. Well, a dram of it at least which, according to our rudimentary calculations, is about £1,000 worth of whisky.

We are extraordinarily lucky to be one of a very few that will sample the Glengoyne 50 Year Old. At £22,500 a bottle this is whisky that is usually savoured by, well, those who can afford it.

But we aren’t the only ones that will be able to taste it without remortgaging our house. That’s because Glengoyne has decided to do something different. Inspired by the delayed celebration that will inevitably happen in 2021, it has opened a ballot for a group of friends to get the chance to share a bottle - for free.

The ballot closes Monday 14th December 2020 and you'll need a minimum of four people to take part. Once you have those, you have to let Glengoyne know the special moment you'd like to enjoy together with this special whisky.

And special it is. The Glengoyne 50 Year Old comes in a special crystal decanter, which features an engraved goose emblem (this represents the geese who migrate to the Glen each winter). Only 150 decanters have been produced, each have been individually numbered.

Hidden within its oak and gold display box, is also a 25ml sample of the 50 Year Old whisky so you will always have the drink, even if the bottle is emptied. And, to complete the package, there are individually numbered books which are hand signed by Robbie Hughes, Glengoyne's Distillery Manager.

Hughes has been at Glengoyne since 2003 and is marshal to the distilleries unhurried approach to whisky making. He’s the perfect person then to give us some tips on how to properly enjoy the Glengoyne 50 Year Old.

“First of all, choose the right glass – we recommend a Glencairn glass, or perhaps a crystal one if you want to push the boat out. A great whisky deserves a great glass,” says Hughes.

A Glencairn glass we have. Carefully - and we mean carefully - we unscrew the lid of the sample we’ve been given and pour it in. The liquid coats the glass, small slithers of it stick to the sides. It’s a rich golden colour, naturally produced from the many years in the cask.

“After 50 years of maturation, the strength will be in the background, with the richness of the whisky at the forefront," says Hughes. "This may lead you to not add water to this whisky, I would suggest you don’t. Old whiskies rarely benefit from water.”

We take Hughes’ advice and no water is added.

“The array of flavours on the nose of this whisky, because of how this whisky has evolved over five decades, are very subtle, varied and complex so nose this whisky for a long period of time before you take your first sip,” advises Hughes.

We do just that. The nose hits us straight away - a real punch of brown sugar and the sweeter side of tobacco. We keep sniffing and start thinking about the amount of thought and process that’s gone into delivering this drink. The choice of oak for the cask, the years matured, the storage, the alcohol content, the un-peated soil… each of these permutations eventually contributing to the final drink.

“When it comes to drinking it, take your time," notes Hughes. "I’d take a small sip and hold it in your mouth, gently swirling around your mouth allowing the palate to absorb the amazing flavours created over 50 years of maturation.”

It’s the molasses that coats our mouth first, the richness of the palate lingers. We do what Hughes says and hold it, swirling it around. It feels like no matter what we do, though, we won’t do the drink justice but it tastes unlike any whisky we’ve tasted before. There’s a spice there and a thin layer of treacle that just lasts.

“On the finish,” says Hughes, “the complexity created over the 50 years will be very apparent from the notes of the whisky still able to be tasted. Savouring a measure of whisky at this age could take around an hour to enjoy it fully.”

We try to make the dram last an hour but we get about 30 minutes in and it’s, sadly, our final sip. We did the whole thing in silence - we did Google 'what music to listen to while enjoying whisky' but decided against listening to Whiskey in the Jar on repeat - and enjoyed every bit of it. The finish was a touch more savoury, the warmth lasted far longer than we were expecting.

Whoever gets to taste this whisky with their friends is in for a treat and an experience that will last long after the whisky is finished.