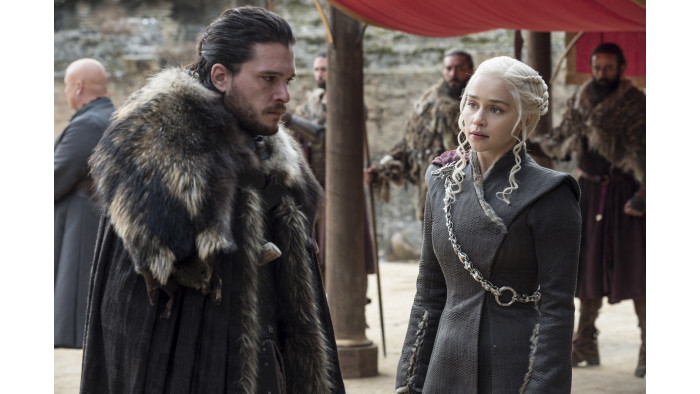 Game of Thrones is about kick off its eighth and final season. Many of us don’t think it should be the last one, and it turns out that number includes somebody you’d have thought would have a lot more influence.

George R.R. Martin – author of the books on which HBO’s Dungeons and Dragons EastEnders is based – also doesn’t think it should end this soon.

“It seems to me we just started last week. Has it been longer than that? The time has passed by in a blur. But it’s exciting.”

And of course, the end of Game of Thrones doesn’t mean it’s the end for every story in Westeros. “I know it’s an end, but it’s not much of an end for me,” Martin said. “I’m still deep in writing the books. We saw five other sequel shows in development.

“I think I’m going to be hanging around Westeros while everyone else has left,” he added. “Left” is an interesting euphemism here. After all, the main reason for the population crisis in Westeros is his fondness for killing people off in his books.

It’s not the first time Martin has stated that the TV show should be longer. Last September, he said it could be nearly double its final length. “We could have gone to 11, 12, 13 seasons, but I guess they [the producers] wanted a life,” he joked.

“There was a period five years ago where they were saying seven seasons and I was saying ten, and they won,” he added.

Given Martin is currently behind where the TV series is in his books, he could always throw everyone and change the plot completely. That would certainly stoke plenty of tedious online arguments over which version is actually canon.