Remember when that random dude got a date with Genie Bouchard after winning a bet? Well, it’s going to be a film now

This story feels like it was made for the big screen 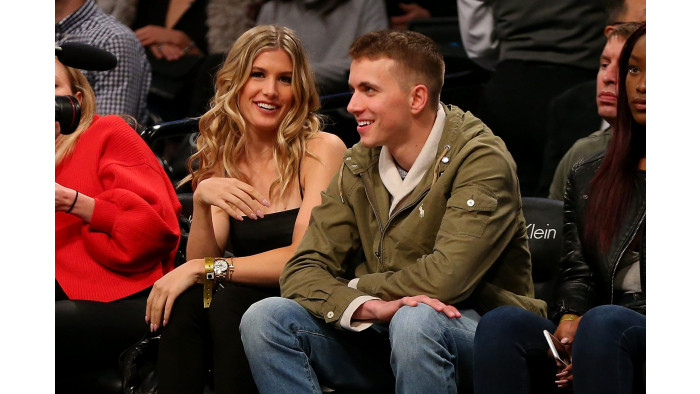 The 2017 Super Bowl both seems like it took place a lifetime ago and has only just finished.

For the uninitiated, it was the game in which Tom Brady helped the New England Patriots come back from a 28-3 deficit to beat the Atlanta Falcons in overtime.

However, thanks to one opportunistic sports fan, the Pats’ victory wasn’t the biggest long-shot of the day.

John Goehrke, a fan of the New England franchise, kept the faith in his team so much that he decided – in the parlance of our times – to shoot his shot.

He tweeted Genie Bouchard, the Canadian tennis player and former Wimbledon finalist, asking if she’d go on a date with him if the Patriots won.

Clearly assuming they had no chance (she’d early tweeted effectively congratulating Atlanta for their win), she surprised him by agreeing to the offer.

It only got more spectacular from there, to the point that now, more than two years on, a film about the whole thing is in the works.

Not only did the pair go to a basketball game together, but they were still in contact one year on and accepted the NFL’s invitation to the 2018 Super Bowl.

It feels like the kind of story written by Hollywood screenwriters, so we shouldn’t be surprised to learn that’s exactly what’s happening.

According to Deadline, it will be directed by Jonathan A Abrams, and has been billed as a romantic comedy.

The Canadian athlete is now working as an executive producer on the project, which has been picked up by Fox 2000.

The producer and distributor has had a hand in films such as Love, Simon, Love and Other Drugs, and the distinctly non-romcom Bridge of Spies.

Bouchard won her first tennis title in five years in January, winning the women’s doubles final with partner Sofia Kenin at the ASB Classic in New Zealand. She lost to Serena Williams in the second round of the 2019 Australian Open, but has been back among the world’s top 100 singles players since October 2018.