This is the funniest football moment you’ll see all year

Everyone knew what was coming apart from the keeper 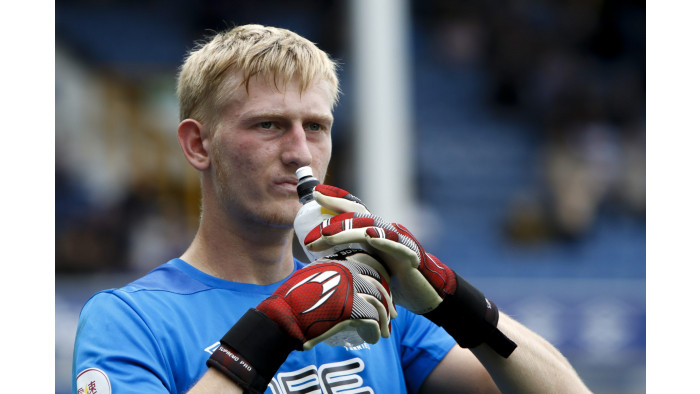 Any football fan will be able to tell you certain types of goal are more satisfying than others.

We know how it works for penalties, but what about regular goals from open play? Strikes that go in off the underside of the bar are brilliant, as are bicycle kicks (as long as the player connects cleanly with the ball – sorry Wayne Rooney), while there’s nothing quite like a comedy own goal.

However, we have found one that’s even better than all of the above, partly because of how rarely you see it.

You might remember a goal from the Premier League back in its late-90s heyday, when Shay Given rolled the ball out in front of him without looking around first.

Dion Dublin had been waiting for exactly that moment – cue this goal, and a joke about Given being the only Irishman who didn’t know where Dublin was.

A few years later, we saw more of the same. Rob Green was the unfortunate goalkeeper on this occasion, with David Johnson the striker who capitalised on the Norwich man’s mistake.

If you’ve seen Green play in the years since and wondered why he always seems to take a long look around before rolling the ball out in front of him, this is why.

In the decade-and-a-half since, this sort of goal hasn’t seemed to crop up nearly as much. We imagine it still happens when no one’s filming, but we don’t have proof.

Well, not until now.

Notts County are one of the worst teams in the football league this season, sitting in the League Two relegation places at the time of writing, and went into their game against Carlisle United on a run of three defeats from four.

They stunned the home side by taking a two goal lead, only for teenage goalkeeper Ryan Schofield to make an error we can surely put down to inexperience.

After taking his time to send the ball downfield, Schofield made the cardinal error of not checking behind him. Sure enough, Carlisle striker Hallam Hope was waiting for him to do just that.

Thankfully for Schofield, County held on and even added a third goal to clinch victory in stoppage time.

If they’d ended up losing, it might have been a long time before he played for the club again.